Ah, Total War: Rome 2 mods. While the strategy game struggled at launch to forge its own path, it has in the years since its release found its footing, and its place in the pantheon of Total War games. It wasn’t until the recent release of Total War: Rome Remastered that really made us appreciate what made it stand out from its popular predecessor.

It still lacks the epic civil war of the original Rome: Total War, the climactic endgame of Shogun II, nor the looming narrative weight of Total War: Attila, and the grand campaign of Rome II has always been a little flat around the edges. That being said, it still commands a respectable player count, even after all these years and despite the newer games that have released since. Even Total War: Three Kingdoms didn’t manage to last as long as Rome II did in terms of post-release support.

But for those rough patches that still linger, the Total War modding community is here to help. Boasting some of the most exciting player-created content of the series, the mods listed below help push Rome II from a good, but lacklustre sequel to a genuinely great strategy title worthy of its revered lineage.

These are the best Total War: Rome 2 mods: 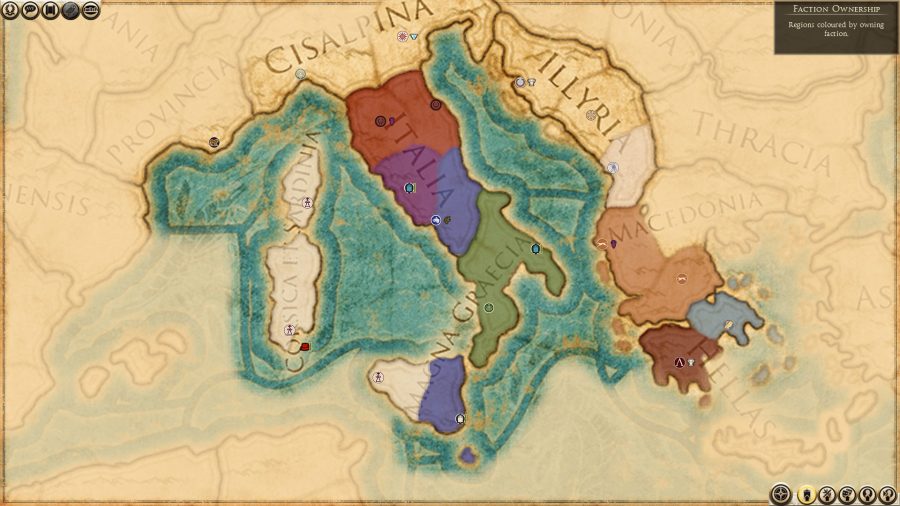 With the impending release of Total War: Rome Remastered, we thought it might be topical to highlight a mod that lets you capture some of that nostalgia in Rome 2. The Roman Houses mod splits up the Rome faction into four smaller factions, just like in the original Rome: Total War.

With this mod, you can choose to play as either the Julii, the Brutii, the Scipii, or the SPQR itself. At the moment it seems to be more cosmetic than anything else – there’s no replication of the SPQR mission mechanics, for example, and the inevitable civil war from the original game is far less engineered. There’s a variant of this mod that keeps all Roman factions bar the SPQR coloured red, if you like, and there are also versions that let you adjust how many turns it takes to mark progress through a year. 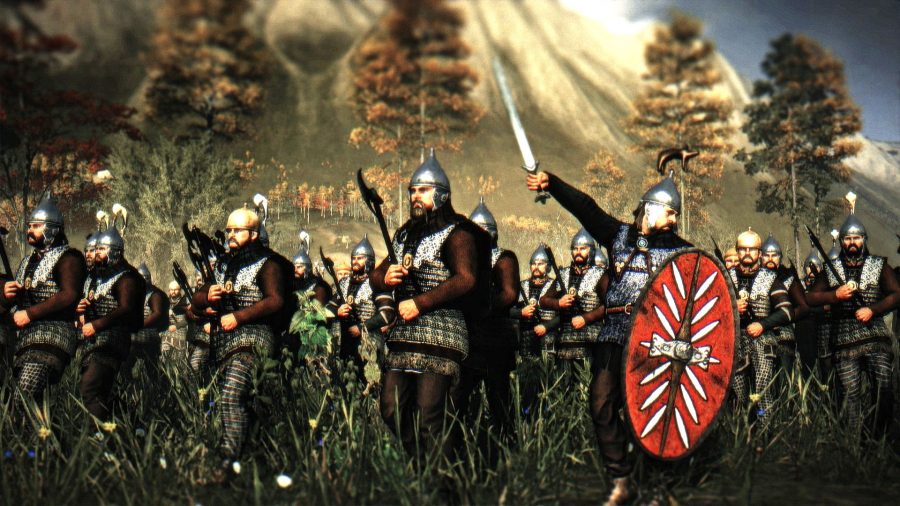 Team Radious  are very good at their overhaul mods. Another success theirs being the Total War: Attila overhaul, and much of the same praise could just as easily apply to the team’s Rome II mod as well. If you had to install just one mod from this list for Rome II, this would be a very safe bet (although, technically, it’s a collection of about six mods).

Like all of the Radious overhauls, it acts more like a suite of interlocking mods, all rolled into a single package, that flesh out in loving detail the campaign, battle system, economy, research, AI, and factions. This mod made it to the top of the Rome II Steam workshop subscription list for a reason. Be aware, however: if you’re installing on the Steam workshop this mod contains four parts, and you will need to install all of them. 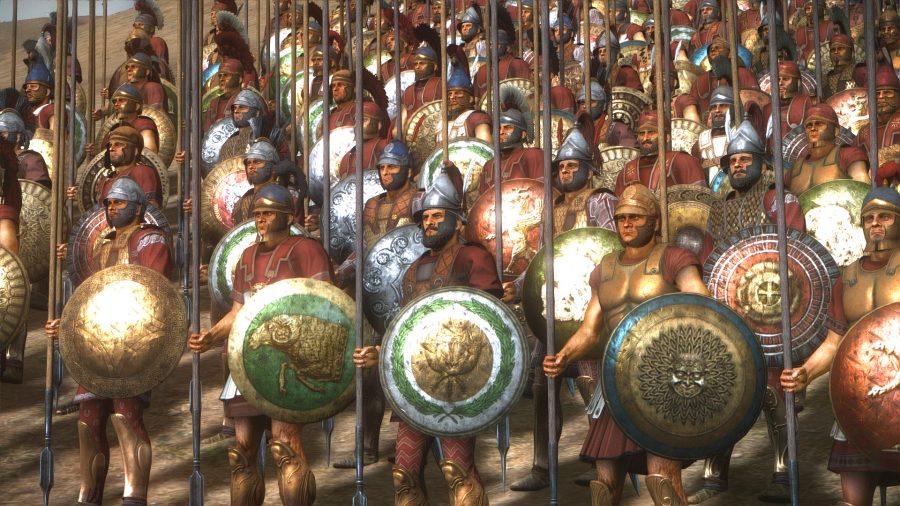 As always, Team Radious will not go unchallenged. A close second on the list of most subscribed mods and a worthy rival for best overhaul mod, Divide et Impera adds a ton of new factions and features. The roster of playable factions is significantly increased to include way more tribes, Greek city-states, new factions and Diadochi kingdoms.

The real allure of this mod, though, is a total campaign and battle overhaul aimed at making the strategic play more difficult and the tactical battles more realistic. This, alongside revamped units, textures, models, buildings, resources and more, make Divide et Impera a close contender for most valuable mod on the list. It’s been updated as recently as this year, and even has an official website that you can check out. 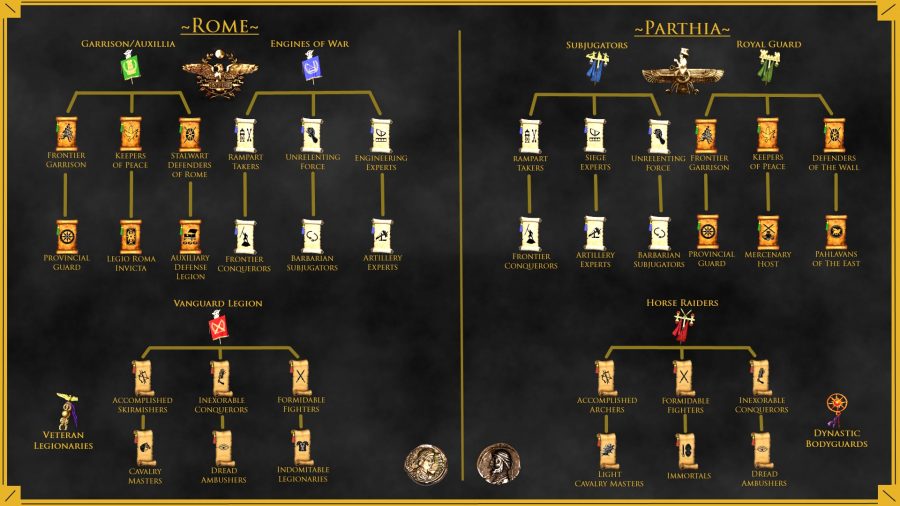 As the name implies, this mod aims to improve the vanilla traits, talents, and character systems from the slightly bland original version into something a bit more robust and substantial. It adds new traits and a dynamic skill system for generals and provincial governors, as well as completely refurbished and more faction-specific Cursus Honorum rankings and Army Traditions.

More like this: The best RTS games on PC

Divide et Impera, listed above, uses a similar system for its character overhaul. So, if you want some improved character features, without having to sign on for the rest of the changes that that overhaul mod entails, this makes for a great standalone improvement that fixes a particular area of Rome II that has not aged that well and, even at release, felt a bit bland.

The triumphant rising orchestras, the chants, the faux-ancient warlike drum beats, and the vaguely near-eastern twangs: this is the soundtrack of antiquity, or at least, what the brains of many in the cohort that grew up with the original Total War: Rome were trained to associate with the period through prolonged exposure to that original soundtrack. Even today, the score can resurface memories of lost afternoons adjusting formations and expanding borders. If you are the kind of person who enjoys that consistent evocation of nostalgia then this is a mod well worth installing.

It doesn’t always work perfectly, as sometimes the music cuts too abruptly and switches to a new song in a way that doesn’t feel natural, but if you still long for those glory days conquering in the name of the Republic then this is a good quick fix. And if this mod doesn’t sate that nostalgia craving, then you could try dipping into Familiae Romanae: Roman Houses by Turquoise-Falcon, which changes the starting set up to resemble that of the original Rome, with the Roman faction divided into three major houses and one city-state faction that eventually descend into civil war.

It’s worth noting that this mod is included in the Radious collection as well. 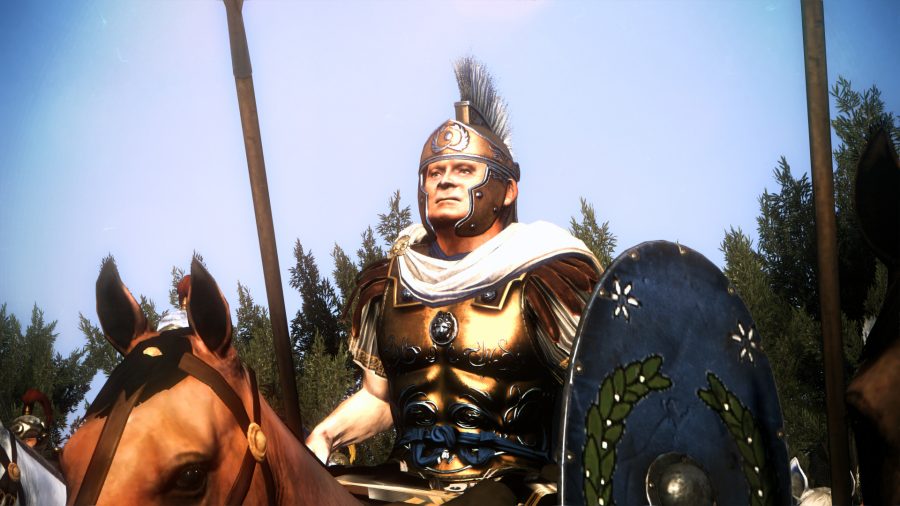 Even someone usually indifferent to purely cosmetic mods can respect the subtle immersion offered by Steam user Benjin‘s AAA: Generals mod. With this installed, the appearance of Roman generals will change alongside their position on an axis of the three A’s (aging, advancing, acclimatizing).

So, as a characters ages so will their character model; as they rank up, they will gain extra accoutrements and more varied personal armour; and, as the weather changes, they will switch from warm-weather to cold-weather garb. Seeing the physical circumstances of your campaign have a dynamic impact on a character’s appearance is a very subtle, yet effective way of visually displaying your progress. There is also a version of this mod for Greek generals, the Roman’s of Rise of the Republic and most recently, the Punic culture. 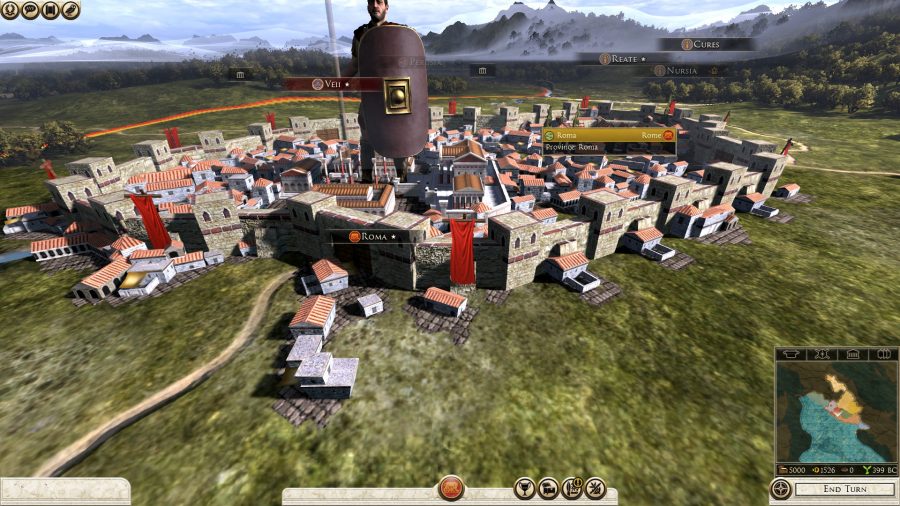 Campaign Camera For Patch 20 and Later

The drawback distance for the vanilla camera is, quite honestly, insulting. Coming back into Rome II after playing some later Total War titles, it can feel especially egregious. The sort-of-over-god’s-shoulder view is fine, but it’s much, much too close to the ground, and makes it difficult to see even the most rudimentary of empires as a collective whole.

Don’t settle for such a restricted view: this mod will set the drawback distances as far as they can go without crashing and give you a view worthy of an emperor. 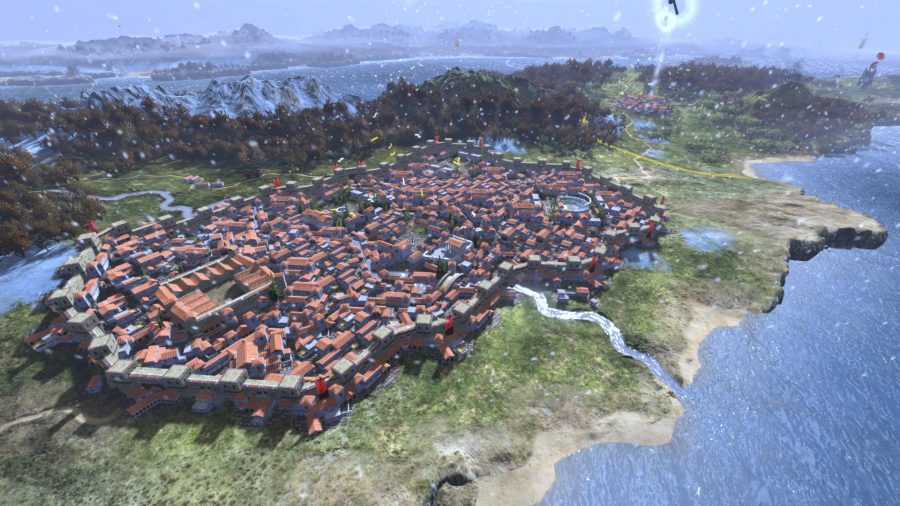 At release, Rome II was quite graphically impressive, especially at the higher settings. Now, at a hefty six years old, however, it is beginning to show its age. Especially after playing some of Creative Assembly’s more recent entries, dipping back into Rome II can be a bit graphically jarring. Textures and models that were once perfectly adequate now leave a lot to be desired.

We previously has a mod on this list that improved the campaign textures. To offer more choice though we thought we’d point out the same author has also created several different ‘HD’ mods, which can all be viewed in this collection (that also includes the AAA: Generals) mods. This also includes Orbis Terrarum II, which is a more all-encompassing HD mod. 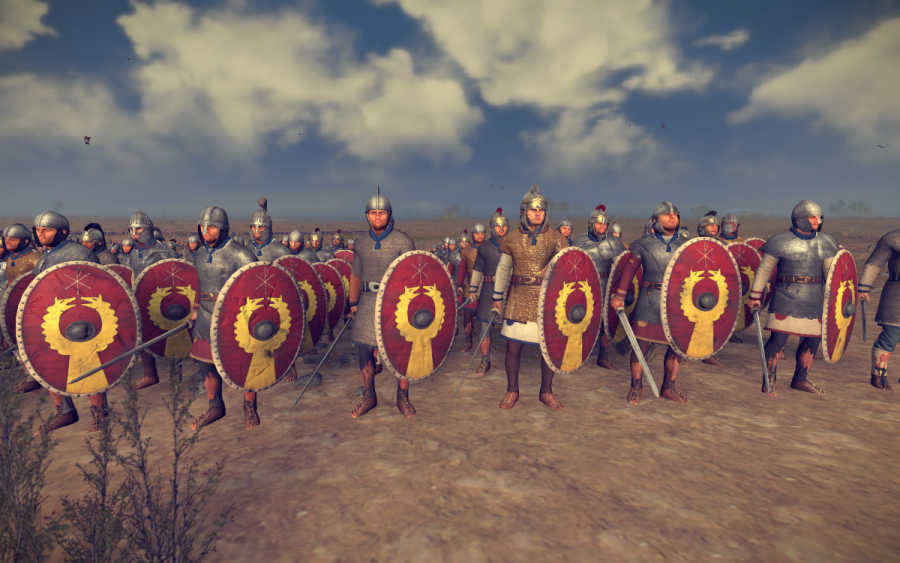 The Tetrarchy is one of the most interesting yet overlooked periods in Roman history. Coming after the Emperor Diocletian dragged the Roman world kicking and screaming through the tail end of the Crisis years, the Tetrarchy was an attempt to reforge the Empire in a way that would bring lasting stability and end forever the ouroboros-like circle of rising and falling barracks emperors that had plagued the Roman world for a half-century before. Diocletian’s reorganization of the Empire into four zones with a more streamlined succession system failed pretty stunningly, but at least it gave posterity an interesting historical playground to cut through in this mod, which takes place after the death of Diocletian when the heirs of the first Tetrarchs, unsatisfied with ruling a mere quarter of the Roman world, descended into civil war and infighting.

Will you take up the role of Constantine, eliminate your competitors, and Christianize the empire, or will you take up the mantle of one of the other Tetrarchs to forge a new path based on the old ways. If not, you can always take command of the Sassanid Empire and seize the eastern Mediterranean or choose the Franks and flood over the Rhine amid the chaos of the Roman’s sibling squabbles. In addition to picking one of the most historically rich start dates, this will also serve as an excellent prequel campaign to a Total War: Attila play-through. 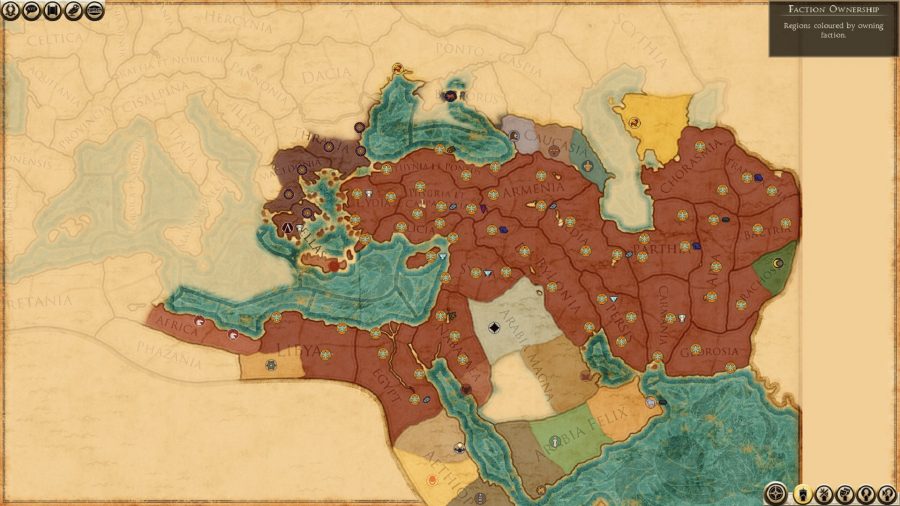 The world the burgeoning Roman Republic emerged into was fundamentally defined by the regional reordering which had occurred less than a century before when the king of Macedon, a plucky and ambitious youth known to history as Alexander the Great, flipped the world on its head and invaded and conquered that great bane of ancient Greece, the big-bad of Herodotus’ Histories, the Achaemenid Persian empire. At the time Rome II begins, from the Adriatic to the Indus, Hellenic warlords, the heirs of Alexander’s conquests, rule the world. It’s hard to overstate how profoundly this geopolitical shift changed the region, and how far downwards its echoes reverberate.

This total conversion campaign lets you relive this struggle by allowing you to take the reins of Alexander’s forces and see if you can recreate his stunning lightening conquest of Achaemenid Persia. As a plus, this campaign is pretty consistently updated and is, at the time of this writing, still being actively tended to, something that can’t always be said about a game several years out from release and long since eclipsed by sequels. There is also a separate sibling mod for a Persian Campaign so you can attempt to prevent the rise of Alexander and maintain the legacy of Cyrus the Great, as well as a Prequel mod that covers the events before the mod proper begins. This is a labour of love that deserves attention.

The above represent some of the best that the Total War: Rome 2 modding community has to offer. If we see any more, we’ll make sure to add them.