Well that didn’t last long. Last week, ex-Daybreak and Sony Online Entertainment prez John Smedley announced to the world that he’d formed a new studio named Pixel Mage Games and was working on a new action-RPG called Hero’s Song. In a bid to bypass the “traditional route” of seeking a publisher, Hero’s Song would be crowdfunded, he said. Now, that’s been canned but “investors are backing” the game nonetheless

Like role-players? Our list of the best RPGs on PC rounds up those you should be playing.

After accruing $136,849 of its $800,000 goal with three weeks left on the clock, Smedley et al decided to axe the Hero’s Song Kickstarter for fear of not hitting their target. “We’ve pulled the plug on the Kickstarter,” said Smedley in a tweet, alongside an update that appeared on the game’s crowdfunding page.

“After looking at our funding levels and the reality that we aren’t going to reach our funding goals, we’ve decided that the best thing to do is to end the Kickstarter,” it reads. “We sincerely appreciate all of the support we got from the backers and the Kickstarter community. This was our first Kickstarter and we made mistakes along the way. I want to acknowledge that right up front.

“We put a lot of time and effort into the Kickstarter, but it’s obvious missing things like physical goods hampered our efforts. It’s also fair to say because we’re early that we didn’t have enough gameplay to show the game off enough to get people over the hump.”

The update continues to thank fans for their support and details Pixel Mage’s plans to hold development streams via Twitch while being “completely transparent with [their] development process” moving forward.

Smedley also reassured prospective players who’d already signed up for the Hero’s Song beta that they’d still be able to do so once it’s ready. He also confirmed it’ll still release in Octoberas planned. 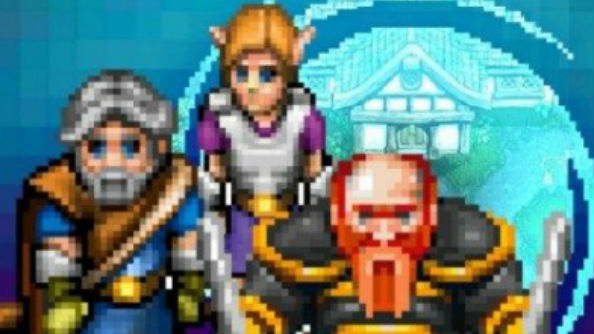 Original Story 20 Jan, 2016:In what marks the next step for John Smedley after a rather tumultuous year, the one-time Sony Online Entertainment and Daybreak president has announced a new company, Pixelmage Games, a new project, Hero’s Song, that has just kicked off a crowdfunding campaign.

As you may recall, when Sony Online Entertainment declared its independence and formed Daybreak in February last year, Smedley led the charge as the new company’s president and CEO. A few months later, he stepped down without obvious reason. The ever-outspoken figure had had run-ins with hacker group Lizard Squad around that time – who allegedly called in a bomb threat that grounded a plane he was flying on – but harassment was never stated as a reason for his departure, nor was anything else.

Now, Smedley’s back to head up new outfit Pixelmage Games who’re working on a “2D pixel art action-RPG” named Hero’s Song – a labour of love that hopes to echo the format of Diablo III and Paths of Exile and has just launched a Kickstarter campaign.

Speaking to GI.biz, Smedley declared the reason he chose to crowdfund was to bypass a publisher, however Hero’s Song will be made even in the event the project fails.

“We came to Kickstarter because we felt that there are a lot of players out there who very much care about gameplay and are looking for the kind of immersive experience we’re making,” says Smedley. “We feel that building a community of people who want to come along for the ride as we build this first game and who want to see us succeed is a great way to get our game funded as opposed to going to a publisher.

“That may be the traditional route, but honestly being a publisher is highly overrated these days. A lot of the big success stories are coming out of the smaller indie companies.”

After 24 hours in operation, the Hero’s Song crowdfunding campaign has pulled in over $55,500 with 28 days left on the clock.