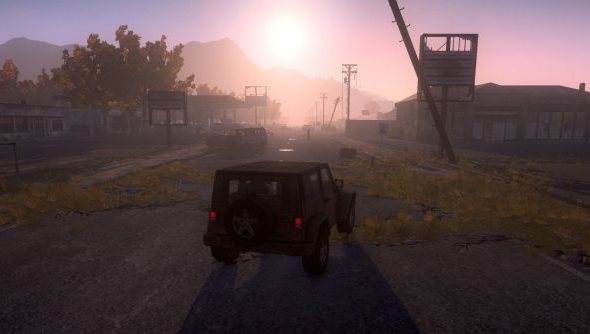 After years of making MMOs like Planetside 2 and DC Universe Online as a part of Sony, the “Sony Online Entertainment” studio has broken away from the electronics and entertainment giant to become independent. SOE is no more, and in its place is the Daybreak Game Company.

Don’t panic. The company promises that their existing games, including the amazing Planetside 2, will be unaffected by the move.

According to a Reddit post from the company, SOE was acquired from Sony by Columbus Nova, an investment management firm with a background in technology and entertainment firms.

“This means that effective immediately SOE will operate as an independent game development studio,” the statement continued.

The company formerly known as Sony Online Entertainment now goes by Daybreak Game Company. “This name embodies who we are as an organization,” said the company’s statement, “and is a nod to the passion and dedication of our employees and players. It is also representative of our vision to approach each new day as an opportunity to move gaming forward.”

The statement stressed that nothing will change for the SOE games that are already in the world or under development. “It will be business as usual and all SOE games will continue on their current path of development and operation. In fact, we expect to have even more resources available to us as a result of this acquisition,” the statement said.

An email to a company representative confirmed that, yes, that also means H1Z1 is unaffected.

The company suggests that being independent means they might even be able to put greater resources to work on their games, and company president John Smedley remarked on Twitter that he “can’t wait to make Xbox One games.”

It’s still a major change for both former-SOE and Sony. SOE was one of the premier MMO development studios in the world, with a diverse and impressive body of work. Planetside 2 is one of the most exciting games to come out in years, and H1Z1 is showing a lot of promise. It will be interesting to see where they go from here, now that they’re free from the constraints that they had as a part of Sony.