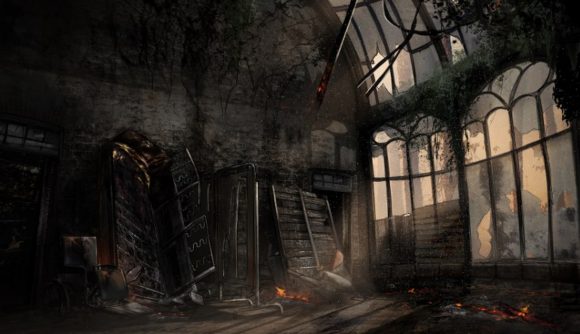 Starting next week on the Player Test Build, players will get rated based on their performance in matchmaking. These were tested last year, and now they’re effectively entering into beta, before becoming a permanent fixture. When skill based matchmaking is properly integrated, we’ll have rewards, too. A certain amount of bloodpoints will be given out at the end of each month, depending on how you did, and how many matches you played.

Two different kinds of graphical upgrades are coming. The HUD has been redone from the ground up, making it cleaner and more utilitarian than ever before. A hook symbol has been added for players that have been nabbed, and portraits will appear beside player names so you can distinguish exactly who you’re looking at. Accessibility options have been increased, allowing you increase and decrease the size of the HUD to your sight needs. Gideon Meat Plant and the Crotus Prenn Asylum were the next maps up for a lick of paint, and they’ll be rolled out looking grimy as ever.

Escaping traps has been changed to a rolling chance based system, to make it fairer for survivor and killer alike. If you escape in only a couple of attempts, your next one will be tougher, and vice versa. Hex: Undying has been altered a tad, in response to players misusing it a little. It’s now deactivated when another Hex totem is cleansed, your tokens transfer to a new totem, and aura readings only apply to dull totems.

Jeffrey ‘The Clown’ Hawk is the only killer receiving a substantial update. He has a speed-increasing antidote now, a lower reload time, and his add-ons have been given an ominous sounding rejig.

The dev team has launched a new vlog series, Dev Tapes, that goes through everything here in a podcast-like format:

You can read about all of these changes, and more, in the patch notes. If you’re keen for a different kind of terror, we have all the best horror games.