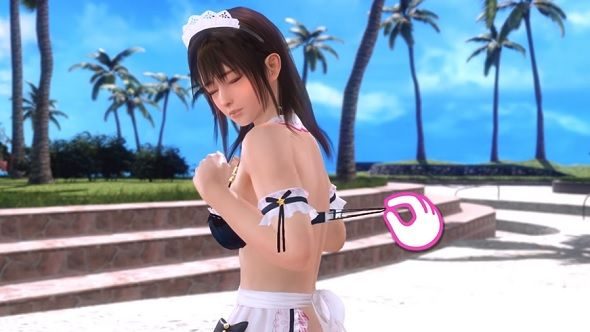 Just days after the game director of Dead or Alive 6 said that the developers wanted to make the fighting game’s roster of characters “less sexualized,” another game in the series has gone in a very different direction.

While the main releases in the Dead or Alive series are fighting games, Dead or Alive Xtreme is a beach volleyball-themed spinoff. It features the same characters but in drastically less clothing. In November, a spin-off of that spin-off, Dead or Alive Xtreme: Venus Vacation, was released, but a new feature was unveiled two days after director Yohei Shimbori said that developer Team Ninja wanted to focus on the violence rather than the voyeurism.

For something titillating but less morally questionable, check out our list of the best sex games on PC.

The latest minigame being added to Venus Vacation essentially encourages players to violently and non-consensually attempt to undress the game’s female characters. As pointed out by Motherboard, the mode features a character in a swimsuit, which the player is able to grab at with their cursor, visually distressing the woman on the screen.

It’s important to note that this is not Dead or Alive 6, the game that Shimbori said would “make the characters less sexualized,” making sure that “first and foremost they are fighters.” It is, however, part of the same franchise and published by the same company, Koei Tecmo.

You can see a trailer depicting the new mode above. The treatment of the character makes it a little hard to believe that Koei Tecmo will come good on their promises ahead of the release of Dead or Alive 6.