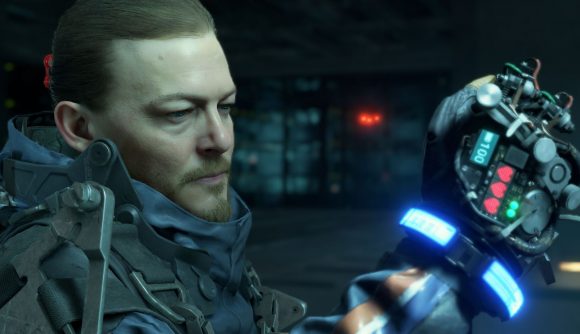 Hideo Kojima appears to be teasing a new Death Stranding game, with just a few days to go until the first game launches on PC.

In a series of tweets and Instagram posts, the game’s creator has sent fans’ minds racing by appearing to show the beginnings of a new project. Many of the photos posted also include references to Death Stranding. One, for example, shows a Death Stranding poster in the background, while another contains a reference to Bridges, the family and organisation central to the game’s plot, and a third includes a doll of a BB, the creatures used to detect monsters in the game.

In that third image, Kojima discusses his process for “designing [a] new title”, indicating pre-production on this new game has begun. It’s important to remember, however, that Kojima Productions is no stranger to teasing its fans.

Kojima said last month that he is “actively working” on his next title – but that “it’s still in the early planning stages”. He also said a “major project” of his got cancelled and that he’s “pretty pissed” as a result.

Here's my way of designing new title w/Yoji. 1st we discuss the setting for each character, the background, the world, the color, the characteristics, the roles, the images, ideas and keyword going back&forth via E-mail. WFH & 20 mins direct discussion. Mostly texting via iPhone. pic.twitter.com/XCYpFwsQ6U

Death Stranding launched for PS4 in November 2019 to a mixed reception. After a recent delay, the Death Stranding PC release date is now set for July 14, meaning just a couple of weeks remain before you can get your hands on the open-world game. If you’re interested in picking it up on our platform of choice, you might like to know Death Stranding’s system requirements – hit that link for the minimum, recommended, and ideal specs you’ll need.