Dell’s high-end Alienware gaming brand is picking up the new Intel Coffee Lake mobile chips and taking them further than anything we’ve ever seen in a notebook before. The Alienware 17 gaming laptop is going to overclock the Core i9 8950HK to a “ground-breaking” 5GHz.

We don’t care what laptop you use, for serious playtime you’ll need one of the best gaming mice available.

Intel have today launched a whole new range of high-end mobile Coffee Lake processors and Dell are taking advantage of the fully unlocked nature of the first ever notebook Core i9 to give it a higher clockspeed than we’ve ever seen in a gaming laptop. Looks like the Alienware 15 and 17 machines are going to be monsters.

Hell, it’s only recently that we’ve seen desktop processors reliably overclock up to 5GHz, so for a six-core, 12-thread chip to be able to do that within the restricted confines of a notebook, on air-cooling, is mighty impressive.

“The systems will be available with the Intel Core i5, Core i7, and even Core i9 processors,” Alienware’s Christopher Sutphen told us recently. “And what’s amazing is the engineering that we’re delivering in this product goes way beyond anything we’ve done before.

“The Core i9 will actually be overclocked to a ground-breaking 5GHz. We’re breaking the 5GHz barrier and threshold in a notebook for the first time ever and for gamers this is hugely important. We know that GHz equals FPS in game. And the ability to deliver the maximum FPS is what our gamers want.” 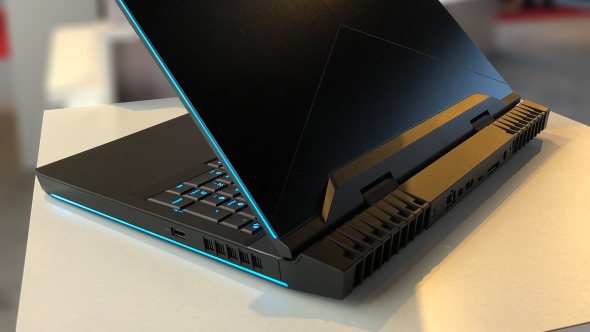 It’s going to be interesting to see what sort of performance boost this extra clockspeed will deliver, as the extra cores of the new chips don’t really offer a lot of extra gaming performance from what we’ve seen in the otherwise-brilliant new Gigabyte Aero 15W.

They’ve managed this overclocked feat thanks to the improved cooling of the new Alienware chassis. They’ve reduced the thickness of the actual fans themselves by 50%, boosting their efficiency, but they’ve also introduced a new vapour chamber for the CPU itself.

It’s not just the beefy Alienware’s getting a boost, however, as the delightfully slimline Dell XPS 15 is also getting a gaming boost with an upgrade to a GTX 1050 Ti GPU. Now that’s not going to make it some 4K gaming monster, but will give it a good chunk more performance than it previously offered. 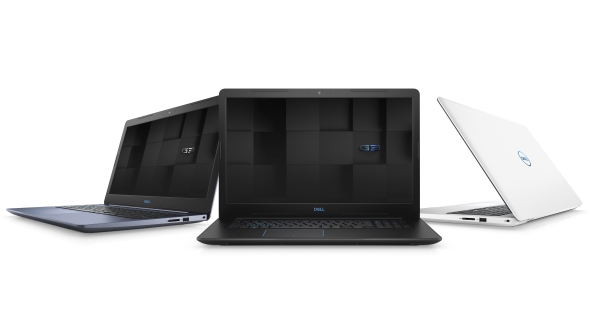 And the Dell G-Series range, their more price-conscious gaming laptops, are also seeing more powerful options being offered. They’re mixing the six-core Intel chips, with Nvidia’s GTX 1060 Max-Q GPUs, to produce some affordable, svelte, machines capable of delivering decent frame rates. The Dell G3 15 is going to start at $749 and be one of the slimmest gaming notebooks on the market, while the G5 and G7 ranges – matching the now traditional 3, 5, 7 cadence – will go all the way up to 15-inch 4K displays with the Core i9 at their hearts.