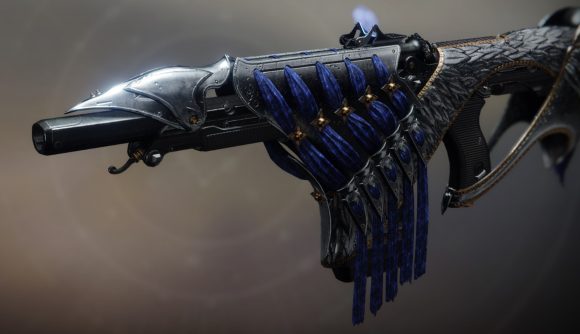 Destiny 2’s massive, wild Corridors of Time puzzle solution has been found thanks to extensive community effort, and while the effort it took to complete was over-the-top, the reward it’s provided is pretty standard. There’s been a gentle backlash from players who feel that the new exotic doesn’t measure up to the effort it took to acquire it – though if you just want to know how to get Bastion for yourself, that process is about to be a whole lot easier.

Corridors of Time required the entire Destiny 2 community to collaborate in solving it. Each player’s run through the Corridors would reveal a selection of symbols, and only by collecting all those symbols together could the community put together a map to the true solution – which is exactly what happened last night.

The result of following the path is neat – you meet your own grave site, and can even press F to pay respects depending on your keybinds – but the actual reward is simply a new Exotic quest. Yes, all that work translated into another set of steps to unlock the new Exotic, Bastion – which in turn had already been revealed on the Season of Dawn roadmap months ago, and likely would have eventually been released regardless.

There’s probably no reward that could’ve lived up to a week’s worth of work and anticipation, and one of Bungie’s community managers has addressed exactly that problem on Twitter.

The lack of having the exotic listed could lead to a discussion of lack of value.

The lack of a roadmap could lead to a discussion of us “hiding” the season and not providing ample information for an informed purchase.

Bastion itself seems fine enough – the Exotic Fusion rifle has Saint’s Fists, which offers a charged spread of kinetic slugs – but it’s not quite what the Destiny 2 world was hoping for.

The Corridors of Time have been successfully navigated.

Thanks to the hard work of countless community members, the new Exotic Quest will be available directly from Saint-14 on Tuesday's reset. pic.twitter.com/w8ngnNPQHS

If you’re looking for an easier time getting the Exotic quest, it will be available directly from Saint-14 after the usual reset on Tuesday, January 21 – exactly one week before the roadmap suggested.