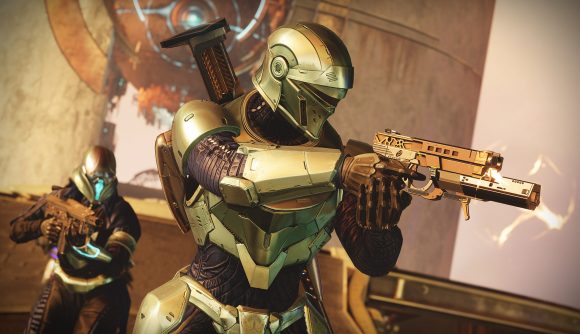 You can see the full roadmap below, but when the season kicks off, all players will get access to a new – or rather, returning from a stay in the Crucible Labs – PvP mode with Elimination, as well as the returning Crucible map, Rusted Lands. The return of Elimination certainly suggests that all that speculation about Trials coming back is justified, but Bungie has yet to directly address that possibility.

Bungie also showed the new – season pass-exclusive – matchmade PvE mode, Sundial. The mode has you fight your way toward the titular structure, then activate it to open portals to different timelines, with different combinations of enemies and environments, and bosses that will rotate from week to week.

Oh, and you can also finally ride Sparrows on Mercury. 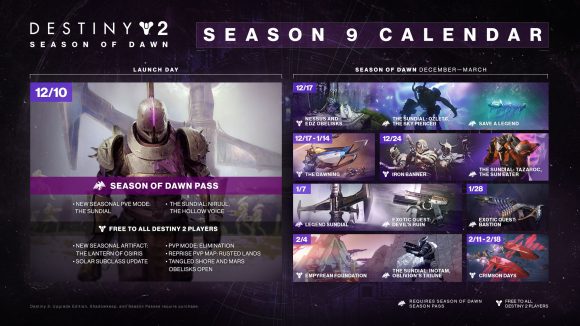 Check out the roadmap above (click for full size), or the livestream below.

As shown in the trailer, the new season will have us partnering up with a returning Osiris to fight the Red Legion through time and rescue Saint-14 from the dead. The Destiny 2: Season of Dawn release date is scheduled for December 10. The seasonal content will continue until March 9.