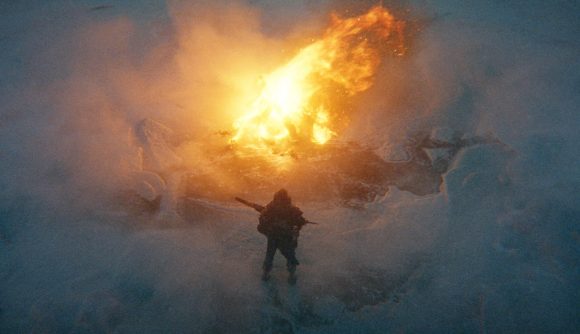 Destiny 2‘s community has a thing for mind-bending, tricky puzzles. It probably makes sense, then, that Bungie tossed them one to piece together in the build-up to Beyond Light.

Players got their collector’s editions of Destiny 2: Beyond Light a few weeks back and noticed heaps of extras that would form part of a larger puzzle. It all tied into a countdown timer that ended last week, and since then they’ve been at work over on the Raid Secrets subreddit figuring it all out. As someone on the subreddit explains, “the raid secrets team put together a 2100 piece, black and white, video jigsaw puzzle, where all the pieces were squares, and the picture on the box was hidden inside the pieces and blurry”. Yup.

As the puzzle has come together, though, we’ve received some thrilling backstory to the Beyond Light expansion. I won’t spoil too much, but the passage delves further into Elsie and Clovis Bray, the balance between humanity and machine in the Exos, and Europa. If you’d like to read it for yourself, you can find it here – do be wary of potential spoilers, though.

If you’re curious how the community managed to solve the puzzle, Reddit users have also put together this nifty guide to try and shine some light on it. You can find me merely nodding along.