Looking for more information about the frosty new Stasis subclass arriving in Beyond Light? The Destiny 2 Beyond Light release date will see the introduction of the first new subclass type since the original subclasses were introduced – and it’s a Darkness-based ice elemental power, to fit alongside the existing trio of Arc, Solar, and Void.

Each Guardian class will use their Stasis powers in unique ways to slow down, control, and damage enemies in Destiny 2. Stasis subclasses will also be extensively customisable – aside from being able to swap grenades, movement modes, and class abilities, you’ll also be able to slot in two Aspects, which will offer new abilities. Some Aspects will have space for Fragments, which also add additional passive perks (though they may come with penalties) – so you can refine your Guardian to play exactly the way you want.

Aspects are class-restricted, but Fragments are shared between classes, and both manifest as physical items in the world, which can be found and equipped by players. All Stasis subclasses share the same grenades, and though we don’t yet know about all the Aspects on offer for each subclass, there’s information about a few already.

Glacier Grenade – Upon contact with the ground, a wall of Stasis crystals instantly burst from the earth and nearby enemies are frozen inside Stasis crystal[s]. These grenades have multiple uses – from encasing enemies to creating cover. When destroyed, the crystals will create AoE burst damage to nearby enemies.

Coldsnap Grenade – Upon impact with the ground or an enemy, this grenade unleashes a wave of Stasis energy that races along the ground in the direction of the closest nearby enemy, freezing them and then searching out the next nearby foe. You can freeze up to three enemies with a single Coldsnap Grenade.

Duskfield Grenade – Duskfield Grenades create powerful Stasis fields that suck enemies into them when forming. Once an enemy is caught inside, they will be slowed and, if unable to make it out in time, frozen in place. 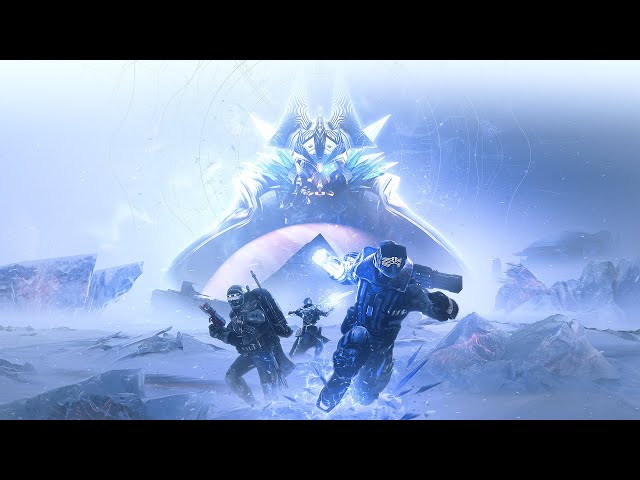 Whisper of Refraction – Replenishes some of your class ability energy upon shattering enemies.

Whisper of Bonds – Defeating frozen targets with weapons grants you Super energy, but also gives you -10 Intellect and -10 Discipline.

Whisper of Hedrons – Gain a bonus to weapon damage after freezing a target with Stasis – gives you -10 Strength.

Whisper of Durance – Slow from your abilities lasts longer. For those abilities that linger, their duration will also increase. Gives you +10 Strength. 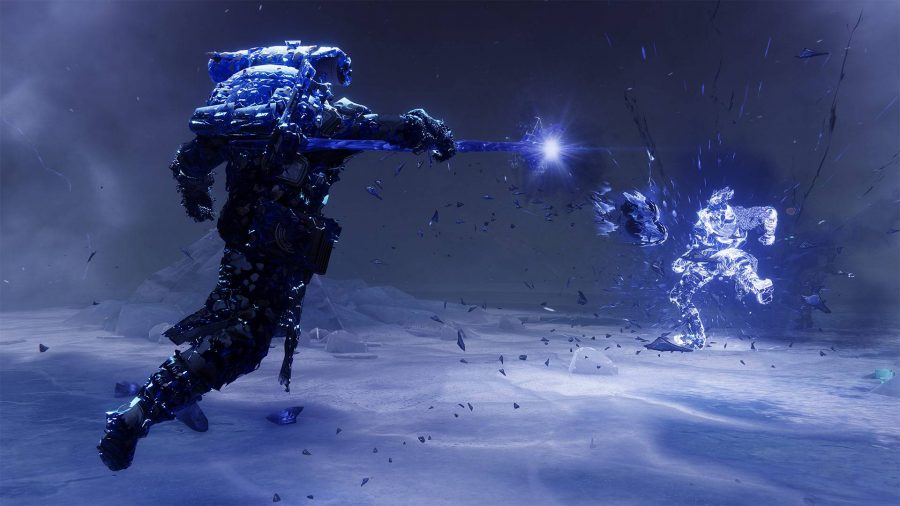 Melee Attack
Penumbral Blast – A quick burst of Stasis energy that erupts from the staff and instantly freezes anyone it hits.

Super
Winter’s Wrath – The Shadebinder summons their Stasis staff and fires projectiles that instantly freeze opponents. The second stage begins (and the fight ends) when the Guardian raises the staff, detonates its Stasis crystal and sends a devastating Shatter Shockwave that disintegrates nearby frozen opponents.

Aspects
Frostpulse Aspect – Casting your Rift generates a shockwave that freezes nearby combatants. 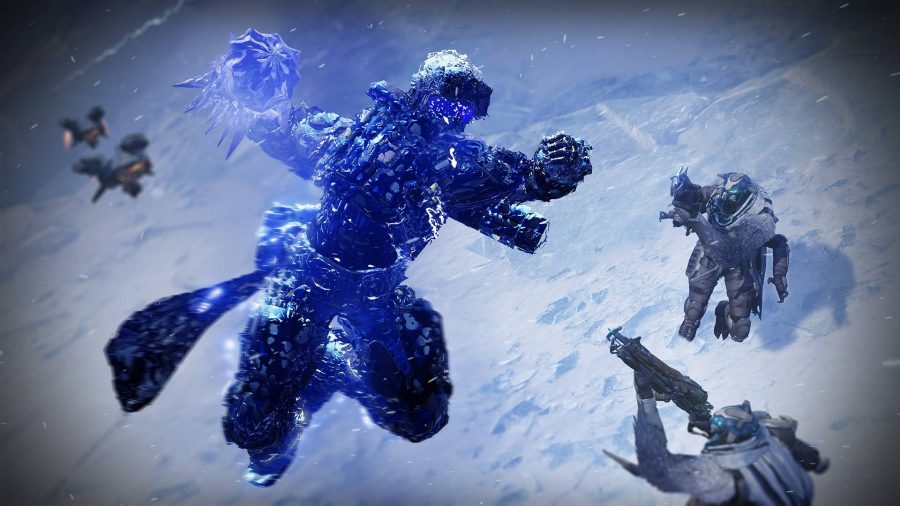 Melee Attack
Shiver Strike – Here, the Titan lunges forward, launched by a Stasis explosion at their feet to propel them towards an enemy. While in mid-air, they summon a Stasis gauntlet that covers their fist and then slams into their foe, sending them careening backwards and slowing nearby enemies.

Super
Glacial Quake – begins with the Titan forming a mighty gauntlet on their fist. They can then slam the gauntlet into the ground, sending out shockwaves that form Stasis crystals which freeze nearby enemies. Covered in an armor of Stasis crystals, the Titan temporarily becomes an unstoppable wrecking machine, able to jump higher, faster, and farther, all while blasting enemies with greatly increased melee attacks.

Aspects
Tectonic Harvest – Shattering a Stasis crystal creates a Stasis shard. This shard grants melee energy when picked up by you or your allies. 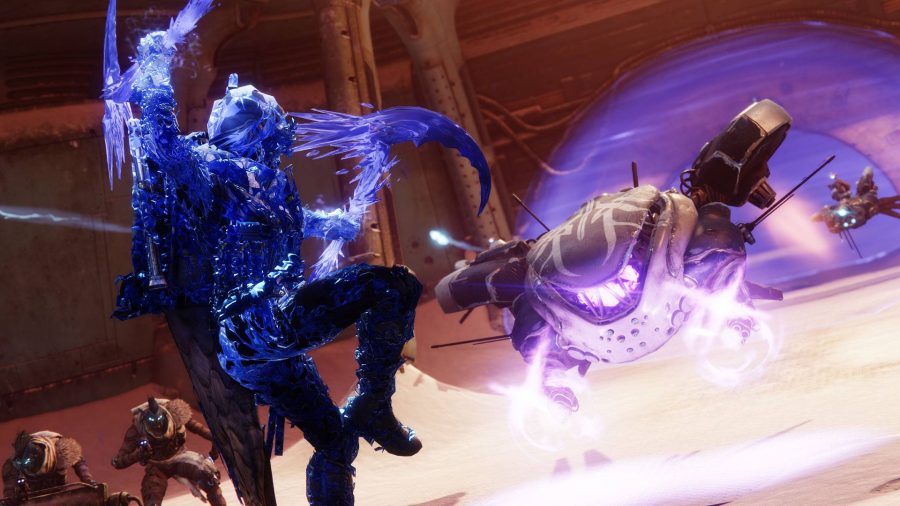 Melee Attack
Withering Blade – The player throws a deadly Stasis shuriken into the fight; it ricochets off surfaces and enemies, slowing and damaging them along the way. Land two shuriken on the same target and that enemy will be instantly frozen.

Super
Silence and Squall – Named after the pair of Kama blades that the Hunter summons, this Super involves a two-pronged attack, with each Kama blade having a different function. The first blade, when thrown, immediately detonates on impact, freezing enemies in a radius from the center of the blast. Hurl Squall, the second blade, embeds itself in a surface (or an enemy) and then detonates, creating a Stasis storm that will track nearby enemies, slowing and damaging them as it makes contact.

Aspects
Shatterdrive – Activate while midair to quickly descend and shatter nearby targets on impact.
‘Slow Dodge’ (name unconfirmed) – Temporarily slows nearby enemies each time they perform a dodge.