In one of Destiny 2’s recent Battlegrounds strikes Amanda Holliday is talking to Lord Saladin. Being the cheery fella he is, the Iron Lord suggests finding the Cabal fleet out in space and annihilating their race once and for all. But Amanda responds: “Guardians guard. They’re not invaders”. I’m not sure that’s true anymore.

In Beyond Light we invaded a Fallen colony, a last-ditch symbol of hope named for their lost homeworld: ‘Riis Reborn’. When we discovered they were tampering with the Darkness, we decided they were too dangerous to let live. We attacked them, we killed their leaders, and then we took for ourselves the very power we were punishing them for possessing.

The lore entries offer a sympathetic perspective: they paint a picture of Eramis as a leader haunted by the Traveler’s betrayal, who wants to build “a new home” for the Fallen, where they can “abandon all memory of division”. Yes, the Darkness led her astray, but at the outset her intentions were noble. Was she really beyond redemption?

We never get a chance to find out. Unfortunately, as is sometimes the case with Destiny, lore and action couldn’t be farther apart. Instead of trying to find common ground with this new Fallen nation, we ally with Variks, a self-serving opportunistic turncoat who in many ways embodies the worst Fallen stereotypes. We help him burn down what he built with Eramis, kill his comrades, and for that collusion the Vanguard pardon him of any past crimes, drawing some uncomfortable parallels with real-life war criminals. 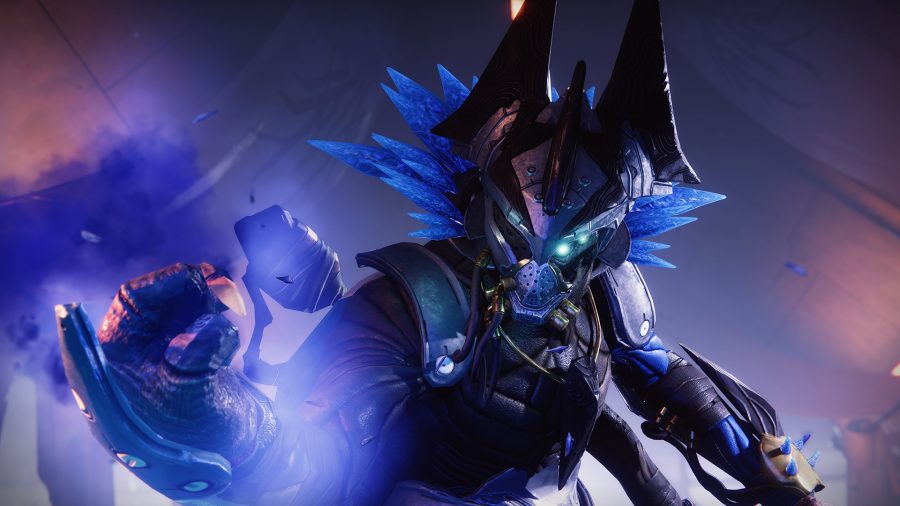 So when Season of the Chosen rolled around and Caiatl emerged as the fresh-faced leader of the Cabal, I was a little worried. Caiatl is similar to Eramis in many ways: she lost her homeworld, and though she wasn’t betrayed by the Traveler, her own father is trying to kill her. But like Eramis, she wants to put the past aside, forget old grievances, and forge a new destiny for her people.

What this season has been for the Cabal, Beyond Light should’ve been for the Fallen. It’s brought us a far more nuanced perspective of their race. In many ways, each Battlegrounds strike acts as a debate with different characters arguing their viewpoints on the Cabal in voiceover. These perspectives range from Lord Saladin saying we should wipe them out, Amanda Holliday remembering the Red War and wanting to protect her friends, or Crow suggesting that perhaps we don’t have to murder every alien we encounter and wear their bones like trophies. 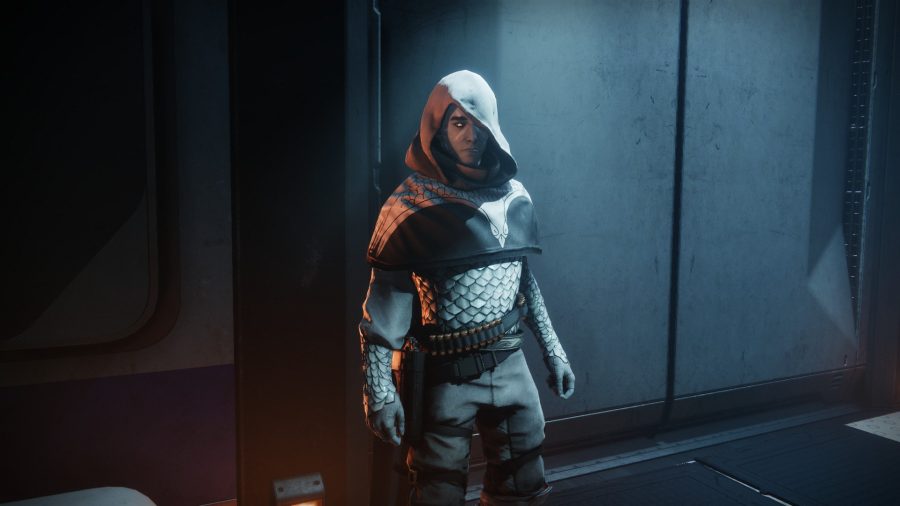 The ‘From the Front’ lore entries offer the views of each Battlegrounds commander we fight, giving us the other side of the story, but they also show Lord Saladin and Osiris torturing a Scion and looking quite a lot like bad guys. The audio diaries further help to foster a more sympathetic perspective, with Amanda Holliday discussing the Cabal families trapped on ships somewhere in space after fleeing the destruction of their homeworld.

The season’s newest narrative cutscene (spoiler warning!) even sees Caiatl save Zavala’s life and both factions agree to a temporary truce. This feels like the polar opposite of Beyond Light in terms of representing races as more than just villainous bullet fodder. It makes me hopeful for the possibility of allied alien factions, which I’ve been excited for ever since hearing about Mithrax and the House of Light. But the season isn’t over just yet.

I didn’t want to kill Eramis, and I don’t want to kill Caiatl either. I don’t want Bungie to offer us sympathetic perspectives for characters and races that we are invariably going to have to crush under our heel. Yes, Destiny is fundamentally a game about killing aliens, and I’ve killed thousands of Fallen and Cabal, but I also believe context is vital. 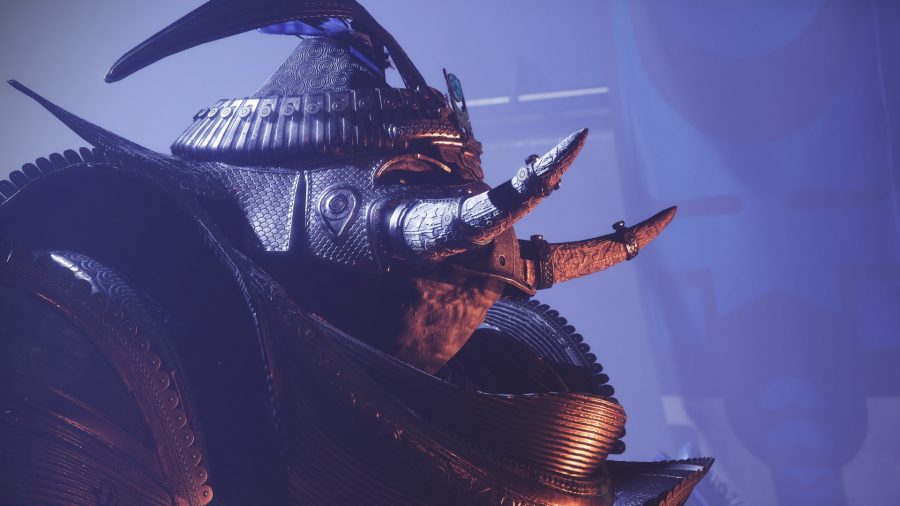 That context was always, as Holliday says, to “guard” the last city and earth. But in a universe where the Fallen and the Cabal have now lost as much as humanity, why would I want to keep kicking them while they’re down?

I’ve been wondering all season why Lord Saladin is starting to sound like the bad guy, talking about these young Guardians and their new fangled ‘morals’, but that’s because he is. Saladin comes from the Dark Age – a time when humanity was the underdog, fighting for survival against powerful alien invaders. But that just isn’t the case any more.

Both galactic events and our actions over the years have reduced the Cabal and the Fallen to a fraction of their former power. They are fragmented and barely surviving. Beyond Light finally saw the roles reversed, and Guardians became the invaders. 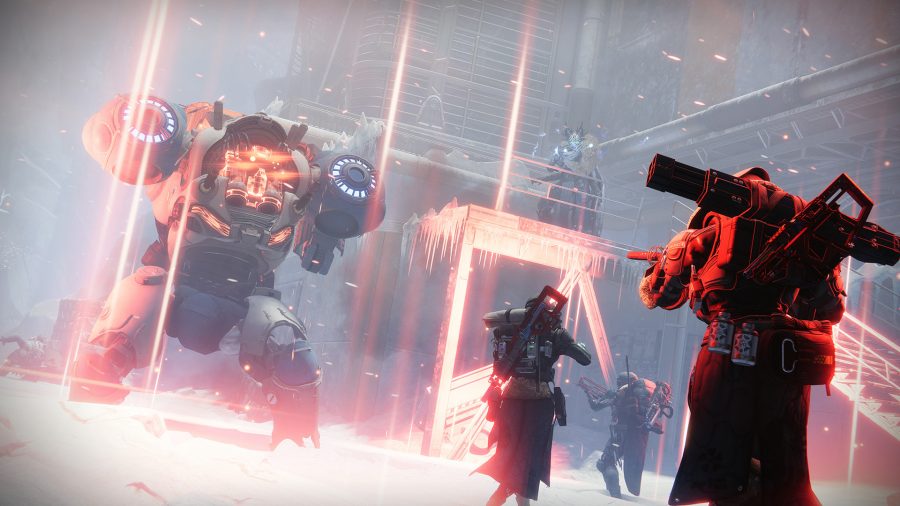 Destiny 2 is a game that relies on status quo – more than ever, now that a huge chunk of it is free-to-play – but the arrival of the Darkness requires a new perspective on the other alien races- one which better reflects the current state of things. I hope this truce with Caiatl is the first step towards that.

Related: Here are the best MMOs on PC

Let me fight alongside Cabal and Fallen factions against the Vex and the Hive, whose apocalyptic ambitions make them the true enemies of the universe. Let me pilot a Fallen brig into battle, watch as explosive shanks swarm my enemies, and please, oh please, let me embed a drop pod in Xivu Arath’s face.