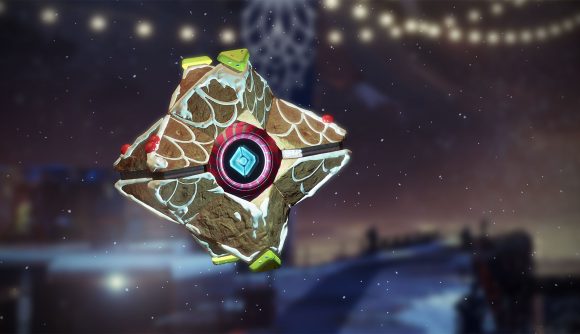 Bungie is showing off some of the concept art for Destiny 2‘s new Dawning armour ahead of the space game’s December extravaganza. It comes as part of a charity drive the studio is doing for the Bungie Foundation and Children’s Miracle Network Hospitals, which benefit sick kids across the US.

As part of the fundraising, Bungie has set out milestones the community can hit for rewards through donating. The developer set the first goal at $250k for a peep at the concept art for the Titan’s Dawning ornament set, and the second was $500k for a look at the Warlock’s new duds. We’ve yet to hit the next goal, but once we pass the $750k mark, we’ll get a look at what Hunters can expect to be rocking for the festive season.

There are plenty of other incentives past that, such as a look at the game’s legendary reward. If donations go past $1 Million, someone will do a guest lore reading for every additional $100k raised. To help the studio reach those lofty heights, it has teamed up with a few of the FPS game’s prominent content creators to put together a stream schedule from now until December 14.

You can get a peep at the new armour below:

Our first #Game2Give donation milestone of $250k has been hit!

Our next #Game2Give donation milestone of $500k has been hit!

If you do donate, you’ll also get individual goodies depending on how much you give—these range from an emblem to a unique ghost. The Dawning itself kicks off December 15 and goes on until January 5. We haven’t heard what it’ll entail this year, but it typically involves baking! It’s actually quite fun.

If you’re looking to keep yourself busy until then, our Destiny 2 Beyond Light raid guide has everything you need to know to get the deed done.