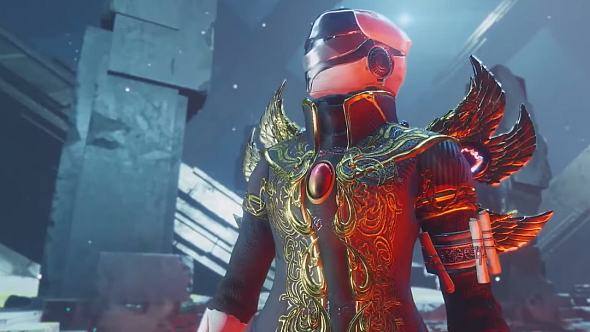 Destiny 2’s campaign has “over 80 missions and (PvE) activities,” and the game itself had so much content at one point in its development that it outpaced progression. This is one of several tantalising tidbits of news to come out of the cover feature in Edge magazine’s latest issue.

Why are Hunters supposedly weak? Get the lowdown with our Destiny 2 class guide.

The “and PvE activities” is the only bit that has me slightly worried here, as, depending on your definition, “PvE activities” could include some pretty light content from the original game. Edge do say that each is “substantial” in length, though, so that’s something.

Edge have plenty else to report. Some Nightfall strikes – the game’s hardest non-raid PvE activity – now have a time limit which varies by the strike (one example given was 13 minutes, which is pretty quick). This, combined with the fact that your weapon and subclass loadout will be locked for certain endgame activities, will force you to take a more strategic approach to high-end content.

We also learned that, when you bring down an enemy’s elemental shield with an energy weapon of the correct element, the shield will explode, doing AoE damage to nearby enemies. That’s an elegant nudge to get you to use the appropriate weapon and I hope we’ll see more of this kind of thing.

We know that grenades and Supers are being tuned based on feedback from the recent console beta;Edge report faster cooldowns in general, as well as new ways to hasten them yourself depending on how you play. They give the example of an exotic armour piece for Warlocks that will hold you in the air while aiming down sights – like the original’s Empyrean Bellicose Titan helm – and will hasten your grenade cooldown with every airborne kill. Based on the wings, we’re guessing it’s this golden chest piece in the image above, which we’ve seen in trailers. Apparently we’ll get this relatively early in the campaign.

In much vaguer territory, Bungie addressed community concerns from the beta that the Hunter class is in a bad spot, especially when it comes to team utility. Apparently they’ll be just fine in this regard when the game launches, but Bungie asked Edge not to spoil the reasons why.

Also, there’s something or someone called ‘The Magician’, but Edge say nothing more on that.