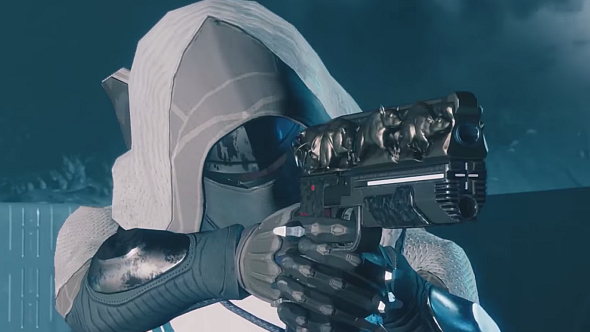 Here’s everything Bungie have planned for Destiny 2.

Until now, fans have been disappointed by Destiny 2’s Exotic weapons, generally feeling that few of them feel as special as an Exotic should. Accordingly, Bungie are buffing the current Exotics to make them more appealing, and senior designer Jon Weisnewski has given us a sneak peek.

First up is Graviton Lance. Back in February, Weisnewski told us a bit about the changes the Graviton Lance will undergo – including reduced recoil, raised aim assist, and a two-round burst rather than three. Here’s what these changes actually look like in-game.

Second is Skyburner’s Oath. According to Weisnewski, Skyburner’s Oath is a “comparatively strong weapon”, however it “lacks spectacle.” To address this issue, Skyburner’s Oath has been fitted with explosive rounds when shooting from the hip (though in ADS, the weapon will still perform the same as it does now).

In addition, Skyburner’s Oath now fires slower projectiles at a faster rate of fire. These projectiles track a target and explode on impact. The tracking feature has also been re-tuned – precision hits will still do bonus damage, but overall damage has been increased.

“The end result is a dual utility weapon that fires hit-scan, high-damage projectiles while aiming down sights and rapid-fire, lobbed, exploding, tracking projectiles from the hip,” Weisnewski says. “It almost feels like a rapid-fire grenade launcher that can transition to a precision death dealer with the press of a button.” Here’s a preview:

The final buff is for Rat King. Currently, it gets better damage and fire rate when wielded by several fireteam members in close proximity to one another. But as Bungie point out, it’s often difficult to take advantage of this, even if you’re set up properly – players may miss out on the damage potential because they can’t “pull the trigger fast enough”. To counter this, Rat King is now full auto, to “ensure the rate of fire increase can make a difference when running in a pack.”

Additionally, the Rat Pack perk will trigger when fireteam members have the Rat King equipped as their kinetic weapon, holstered, or in your hand. The Rat Pack stat benefits will also increase more with one or two fireteam members. Bungie were also sure to throw in little tease about the masterwork upgrade on the way for Rat King, calling it a “tasty garnish… you won’t want to miss out on.”

Here’s a preview of the new Rat King in action: