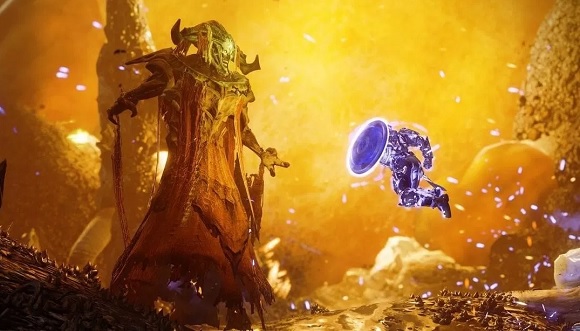 Destiny 2’s Warmind DLC has just released. Early reactions among the community are mixed, but far more positive than those that greeted the feeble Curse of Osiris DLC. It’s all eerily reminiscent of Destiny 1’s first year: The Dark Below was widely scorned, while House of Wolves was a slight improvement. And then The Taken King happened – a key turning point that, in the eyes of many players, finally made Destiny a genuinely decent game.

Destiny 2 now stands at a similar crossroads, only it’s three years later, and Bungie have much less patience to count on. Moreover, they’ll be sharing the stage at E3 this year with their two biggest rivals, as both Anthem and The Division 2 are due to finally be revealed. The challenge before them is tremendous, but assuming they use E3 to announce Destiny 2’s big autumn expansion, here’s what they need to do to pull it off.

Need a new target? Check out the best FPS games on PC.

Step one: acknowledge the problem 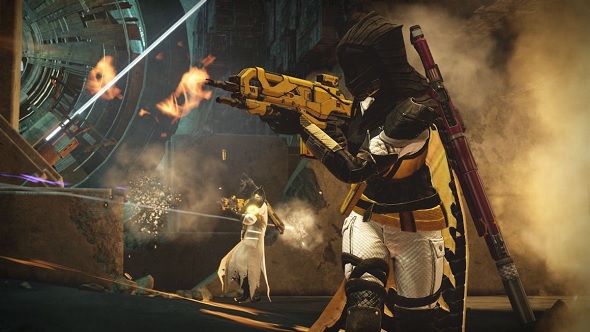 To their credit, Bungie have met the community’s – let’s call it vocal– feedback regarding the state of Destiny 2 head-on. If the nadir was sometime in January, with the miserable Osiris DLC and miserly Dawning event still sour in our mouths, then things are already much improved.

That doesn’t mean it’s time for complacency. The work is well begun but nowhere near finished, and with EA and Ubisoft’s rivals breathing down its neck, Destiny 2’s challenges are not entirely self-made. Anthem and The Division 2 are where Destiny’s players will go in the long-term, not Fortnite, and Bungie should extend their current mood of contrition by admitting it. Just as they didn’t pretend nothing was wrong with their game when it clearly was, they shouldn’t pretend their audience aren’t about to have some very tempting alternatives.

Indeed, they should go so far as to name them. Explicitly. None of this circumspect PR talk that acts like other publishers aren’t a thing, or that fears giving their products an applause line in your presentation. Acknowledge the battle you face. You’ll look more confident for it.

The statement: ‘Gosh, did you see the Anthem and Division 2 reveals? We know we need to give you a reason to stay with us. So here is that reason…’ 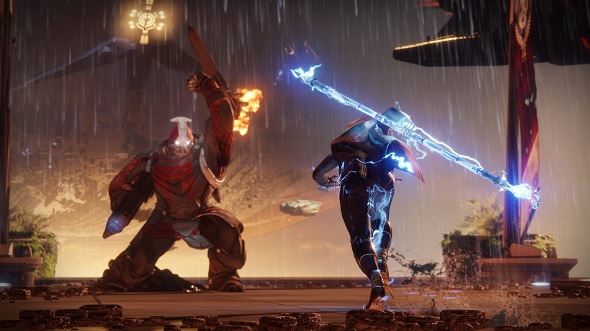 The autumn expansion needs to do something to wrench lapsed Destiny fans back to the game. The Taken King reveal got us hyped for new subclasses with badass-looking powers, a creepy new enemy type, and two new PvP modes, all of which were exciting, none of which were necessarily expected.

After another exasperating year, and given the presence of Anthem and The Division 2, the community’s interest will likely be harder to recapture at this E3 – regardless, Bungie will do themselves a favour by assuming so. It’s not enough to deliver justwhat the fans expect from the autumn expansion (we’ll get to that in a sec) – they need to make at least one and ideally two or three big ticket announcements that will prove beyond any doubt how committed they are to reforming their game.

We’re talking about changes at a systemic level here, but don’t doubt that it can be done – The Taken King overhauled the UI and the gear system, and paved the way for the introduction of Eververse. Here’s a short list of similarly ambitious announcements that could stop the fatal narrative – ‘same old Destiny’ – from forming:

Not all these announcements are equal. If Bungie actuallygot rid of Eververse, that alone would probably do the trick.

The statement: ‘Tess has been eaten by a worm god. What’s Silver?’

Step three: deliver the rest of what the fans want 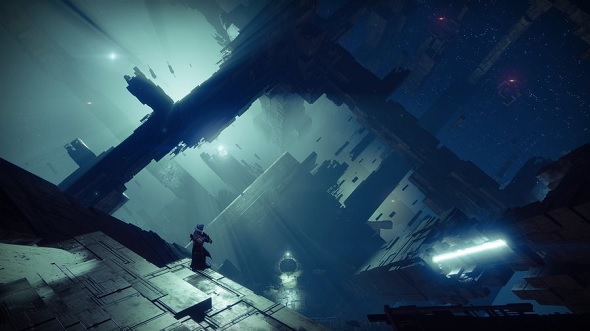 For better or worse, The Taken King has set expectations. Most in the community seem to agree that Warmind is better than Curse of Osiris, but isn’t enough in itself to say Destiny 2’s torrid year is over. For that, the autumn expansion needs to do at least as much The Taken King.

With that in mind, and assuming Bungie deliver on step two, here is the minimum required from the rest of the expansion:

With respect to the story, letting us get to grips with The Darkness at last would give the expansion a huge boost, but I’m pretty sure Bungie are saving that for Destiny 3. It’s just too momentous, even for an annual expansion, and plenty of other plot threads have been seeded in side-quests and voice lines that Destiny 2 still needs to pick up.

This is fine – plenty of those conflicts are sufficiently exciting for an expansion of this scale. My guess? The expansion tees up the Darkness by introducing the datamined House of Dusk, whose corruption has split the remains of the Fallen. The Reef will also come back into play – last we heard from Prince Uldren, he was rallying scattered Fallen to his banner. A campaign in which we consider an alliance with Uldren’s Fallen to resist the House of Dusk, perhaps returning to a devastated Reef as a new social space, could be pretty great. There were once whispers of an anti-Fallen raid set in the Reef that was cut from the original, so that could easily return.

The statement: ‘No, The Taken King was not just a fluke.’ 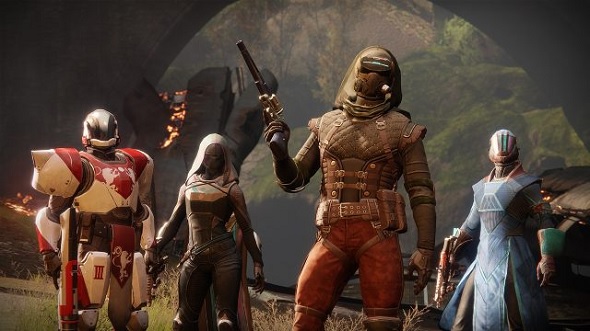 In announcing all of the above, Bungie should be as specific as possible. This is a company that has been guilty of acknowledging problems and then taking ages to spell out their solutions (in itself, a problem they have acknowledged).

They should remedy this at E3 by telling us exactly what they’re delivering according to their roadmap, which right now is more vaguely promising than specifically exciting: gear collections, records, weapon slot changes, and weapon randomisation are all promised, but we need the details.

We already have Exotic collections – are these gear collections just an extension of that, or do they add cool new features, say, a model viewer? What other gear sets do they cover? How are weapon slots and ‘randomisation’ set to change – are we going back to Destiny 1’s primary/special/heavy slots and random perk rolls on guns, or have Bungie come up with another system? And just what are ‘records’?

Bungie should not save any of this for after E3. I know that the show will be only the beginning of a three-month marketing campaign up until release in September, but if it doesn’t impress, it may also be the last time anyone listens to Bungie. They don’t need people like TripleWreck or SirDimetrious saying ‘too little, too late, I’m off to The Division 2’ – which may well release during the holidays – because they waited until August to announce random rolls are coming back. It may seem too granular for the E3 stage, but this is exactly what will get the hardcore community to reinvest.

The statement: ‘Hopscotch Pilgrim is back and you have a 0.0345% chance of rolling a version with no recoil that can two-burst someone in PvP from this one single strike. For some reason thousands of you will still have one by the end of the first week. Enjoy.’

Step five: another sizzle trailer isn’t going to cut it… but have one anyway

To give them their due, Bungie are amazing at making trailers. In many ways, they’re a victim of their own ability in this department: slick CGI and selectively cut gameplay footage did a great job getting me hyped for Curse of Osiris, which is why I felt all the more betrayed when the reality fell so far short of my expectations.

To some degree, that’s been the case for the entirety of Destiny’s existence as a series. With the possible exception of The Taken King, the marketing hasalwaysoverpromised, and the game has always underdelivered. The frequency and scale of these disappointments is surely a major contributor to the rage that we see periodically in the Destiny community – it is the kind of righteous, frothing anger particular to those who feel like they’ve been taken for suckers.

And yet, as I believe I mentioned, Bungie are amazingat making trailers. And they’ll still work on a decent number of players – those casual or lapsed fans who aren’t crusted in Reddit’s salt, and those who are, but don’t get what everyone else is so mad about (there are enough of them that they have their own subreddit).

After a presentation that hits the above four steps, another kickass trailer would be the perfect guilty pleasure with which to close the show. Eat an ice cream on an empty stomach, and it will just make you grumpy when the sugar rush hits. But enjoyed after a nutritious meal (in this case, of humility and correctly-set expectations), it hits the spot just right.

The statement: ‘And now for another one of our famous, badass trailers, only this time, the content is as good as its wrapper.’