I’m a fan of Destiny 2 but I don’t actually play it that much. While there’s a reasonable menu of activities to do after you’ve finished the campaign and raid, I’ve never found good enough cause to make Destiny 2 part of my daily life. I’m not alone in this opinion, and so it doesn’t surprise me to find that tackling this issue has clearly been the focal point of development of the game’s major expansion: Forsaken. That focus is evident in a variety of elements, but none more so than The Dreaming City.

A colossal, beautiful, almost Oz-like structure surrounded by lush gardens and capped with purple skies, The Dreaming City is a new zone designed for endgame play. This is most evident from the fact that the first enemy you meet will one-shot you. Every foe in the city is above 500 power, and so even basic exploration of the area is an exercise in determined combat.

The city is home to The Last Wish, Forsaken’s raid, but don’t mistake this area for the base game’s Leviathan: this isn’t a place solely for prearranged raiding teams. The streets and surrounding lands are a patrol zone, much like Titan, Mars, and the other planets in Destiny 2’s Director map.

The Dreaming City evolves over time

The Dreaming City’s collection of activities form a high-level area that can be faced by solo players or groups formed ad hoc in the field. This is an important addition for less social players, or those whose raid team gradually crumbled over time – there’s finally some high-level content that doesn’t require you to go through the annoyance of forums or Discord groups in order to find others to aid you. 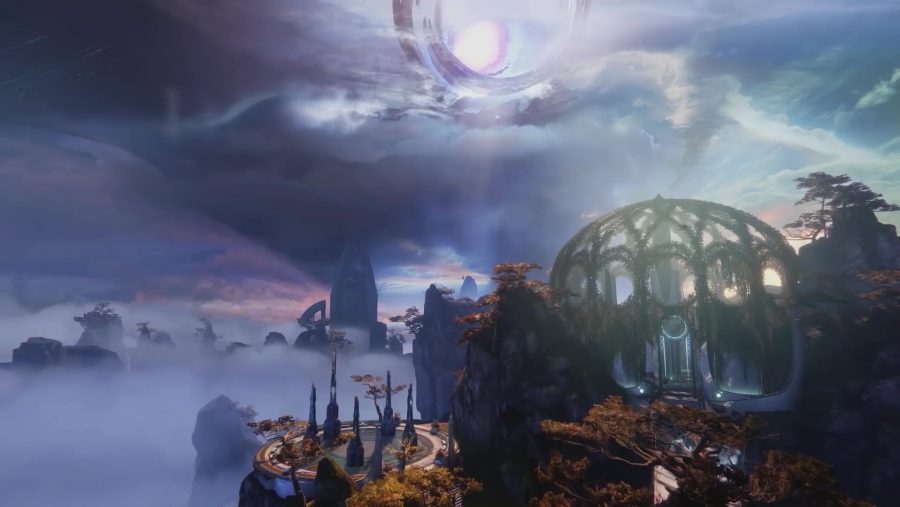 One of the activities offered by the Dreaming City is The Blind Well – a public event that shares common ground with Escalation Protocols. Like Warmind’s wave-based addition, The Blind Well progresses through multiple stages of difficulty, with players banding together to fend off groups of attackers. The difference, however, comes when the event is conquered, as it progresses into a new phase.

Gambit mode is the best idea Bungie has had since Halo. It's a PvPvE mode that has two teams fight each other by killing aliens and banking the currency they drop. Bank enough and a Prime Evil is summoned that the team has to defeat in order to win. Banking lots of currency at once also sends Blockers to slow down the enemy team.

Each new phase introduces additional elements that make The Blind Well increasingly difficult to beat over time. For example, you may have to defeat specific enemies that reinforce gangs of attackers before you can inflict any damage at all, which is a trick you’ll almost certainly be familiar with if you’ve played the Leviathan raid. The pressure is similar to a raid, too: far more intense and unforgiving than public events in regular patrol zones, and thus trickier to solve.

I haven’t spent much time in The Dreaming City, but I do know I haven’t seen everything it has to offer. It’s big, to start with; perhaps not quite as large as Nessus, but it certainly sprawls. Its corners and passageways are bound to hide treasures and secrets, be they existing activities like Lost Sectors, or something original like The Blind Well. But more important than its size is the fact that The Dreaming City evolves over time. Each week, it changes and shifts – into what forms, Bungie wouldn’t tell me. But since Forsaken has now launched it won’t be long before we see the shape its shifting nature will take.

Part of me is braced for the changes to be minimal, especially as Bungie has, in the past, been known to offer underwhelming change. The sting that came with Curse of Osiris’s dreadful Infinite Forest still lingers. But Forsaken feels like a turn in the road for the studio. Gambit is the best thing Bungie has made since Halo, and the Baron hunt structure of the Forsaken campaign promises a much more interesting approach to open-world story. The team appears to be listening far more attentively to community feedback this time around, and as such I believe that The Dreaming City has a mass of potential for shaping Destiny 2’s future for the better.

It needs to be done right, though. If the city is a canvas for new, changing content on a regular basis, then Bungie needs to deliver on that promise. I’m not blind to the challenge that live game design is – it’s a colossal task that sucks up money and labour – but for Destiny 2 to succeed as the hobby game to play, it needs a constant loop of interesting, recurring challenges and fresh, exciting material.

Sure, Epic Games has money leaking out of every orifice with which to fuel its designs, but it’s impossible to ignore the new bar that Fortnite has set for players. Plus, the sort of in-game storytelling that the battle royale serves with its rifts, cubes, and lightning strikes suits the lore-packed universe of Destiny even better. If this is what Bungie can chase with The Dreaming City then greatness await.