The Destiny 2 PC beta is now open and free to all. We get a new Crucible map and an updated build compared to the console beta, but otherwise, the content is basically identical – apart from one particular.

The Farm is in the EDZ, a new zone you can learn more about in our Destiny 2 worlds guide.

That would be Destiny 2’s social space, The Farm. Console players got to poke around it for an hour on the last day of their beta, but there had been no word as to whether or not we’d ever get to visit on PC. But then Bungie tweeted the following:

Tomorrow from 5 PM to 7 PM Pacific, the Farm will be open to players in the PC Beta. Come take in the scenery. The Vendors have the day off. pic.twitter.com/DsBj8Xh0hJ

That was posted yesterday, so yep, today’s the day. Unfortunately, the hours are a little antisocial if you’re on this side of the pond – 17:00 Pacific is 01:00 BST and 02:00 CEST. The Farm was rather beautiful on console, so if you’re awake at that sort of time, it’s well worth a quick look (and maybe a little recording) to see how much prettier it’ll be on PC. 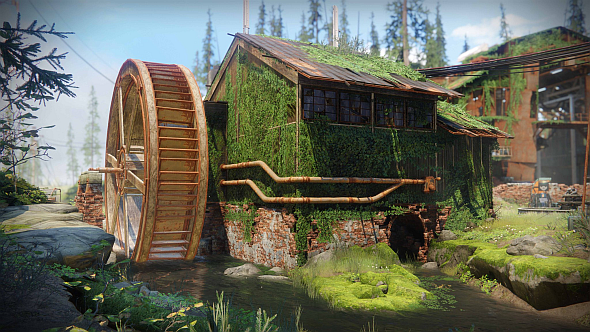 Just don’t expect too much gameplay. Bungie’s tweet indicates that the Farm’s NPCs will be removed, much as they were in the console beta. Nonetheless, some people still found ways to pass the time.