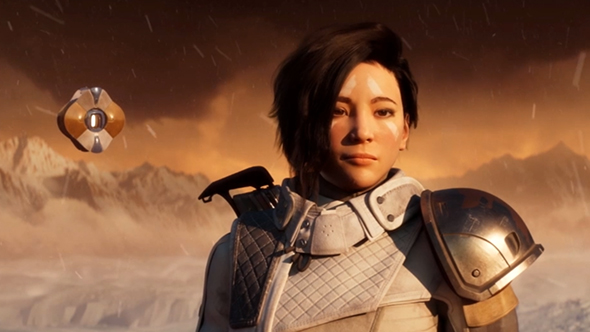 Bungie ran their livestream unveiling the Destiny 2: Warmind expansion today, detailing a fair bit of what to expect from the DLC. They’re emphasizing challenging content for late-game players, which is a big part of what the community has been asking for all along – we’ll see how it all pans out when the expansion launches on May 8, but for now here’s what we know.

Check out our Destiny 2 update tracker.

Much of the story is being left to player discovery, but we obviously know Warmind is set on Mars, with a heavy focus on Rasputin. The Martian polar ice caps are melting, opening up new areas on the planet. Ana Bray serves as the cornerstone of the story, a vendor and friendly who’ll guide you through the campaign.

Escalation Protocol is one of the biggest new gameplay features, and as we suspected from the early teaser it’s essentially a horde mode. The event plays out in public spaces, but unlike normal public events it’s activated simply by pressing an in-world button – no waiting for the usual timed rotations. You’ll need to clear the Warmind campaign in order to start the event, but you any players in the public space can join in once it’s underway.

Once the Escalation Protocol is active, seven waves of enemies gradually increasing in strength will come down. The seventh wave has a unique boss fight, with five different boss encounters rotating on a weekly basis, each of which has their own specific drops, and there are plenty of drops found only in this activity besides. Bungie promise an intense challenge from these events, one that’ll be nearly impossible to overcome without maxing out your power level.

One of the unique rewards demonstrated is a shotgun with a perk that boosts damage after a melee strike. There’s also a sniper rifle, which gets bonus damage on crits when you’ve aimed down sights long enough. Escalation Protocol rewards also include a Rasputin-themed armour set. In addition to the big drop at the end of the seventh wave, normal public drops happen at waves 3 and 5, which will also include vanity items.

As previously announced, the launch of Warmind and season three will see some big changes for Crucible, even to players who don’t buy Warmind. Especially notable is the addition of seasonal player ranks. Valor is a more casual rank based on points, while Glory rank will swing harshly up and down based on your wins and losses. Top players will also get seasonal rewards to make “the chase” more compelling, starting with the unique Redrix’s Claymore gun for reaching the Fabled rank in glory.

On the more nuts and bolts side, exotics are getting buffed across the board. They’ll all play more or less the same, but aside from a handful of already effective exceptions, they’re getting more powerful, effective, and faster.

Oh, and the emote wheel is coming.