After opening the chest at the end of Destiny 2’s Menagerie for the 45th time, I finally got a near-perfect Austringer hand cannon. Had I been playing the Menagerie as Bungie intends, the grind for this would’ve taken a few weeks, but thanks to an exploit I’ve been able to cut that time in half. Alas, all good things must come to an end: Bungie has announced that it will kill this exploit in a patch on July 9. With no alternative farming method in sight, we fear the worst for those still chasing a ‘god-roll’ Austringer.

For the unfamiliar, the Menagerie is a six-person activity that tasks players with clearing challenge-based rooms. Each room is on a timer and divided into three chunks of escalating difficulty. If a team fails an area they are simply sent to the next room until a progress bar is filled. Once the final boss is slain, players can open a chest and collect their gear, and thanks to this exploit, they can do so multiple times per run. The patch will limit such rummaging to just once per run.

The removal of a bug is usually welcome, but by fixing this exploit Bungie will drastically inflate the grind for Menagerie weapons and armour. A full run of the Menagerie can take upwards of 25 minutes, and though a skilled team can cut that time in half, that’s unrealistic for the many players who matchmake with strangers. If Bungie is intent on removing the ability to loot multiple times, I’d like to see other methods of obtaining more gear in a single run.

One way is simply to give players a piece of gear if they can clear each three-part room before the timer expires. Since the only reward for doing this right now is a Triumph and some Imperials, there’s very little motivation to take such challenges seriously. Offering loot for doing so would keep the grind palatable, and also give a proper incentive to not just clear the Menagerie, but to truly master it. 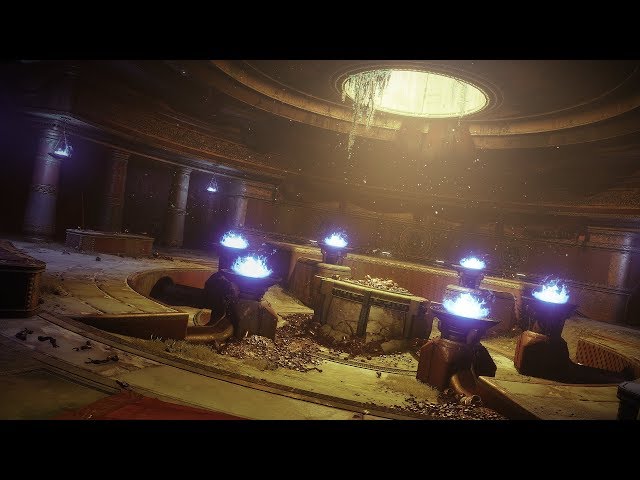 Remember when strikes were so pointless you could see cobwebs on the menu icon?

Another alternative is to give every boss in the Menagerie a chance of dropping a random piece of loot. There are a ton of bosses throughout the activity, so the prospect of extra gear would be constant. If Bungie is worried about rapid power gains, higher-power gear could stay tied to the final chest, with boss drops offering a potential reward through their perk rolls. The point is that no one wants to spend 15-20 minutes completing an activity to get a solitary piece of loot that might be worse than what they’re using.

Perhaps the simplest way to curb the Menagerie’s generosity is to keep the exploit, but cut the post-activity timer in half. Currently, players have 300 seconds to open the chest, slot in more runes, run to another loading zone, and then go back to the chest to respawn it. The average player can get between four and six cracks at the chest before the clock hits zero. Bringing the time down to 150 seconds still gives Guardians a chance at multiple pieces of gear without drowning them in loot. 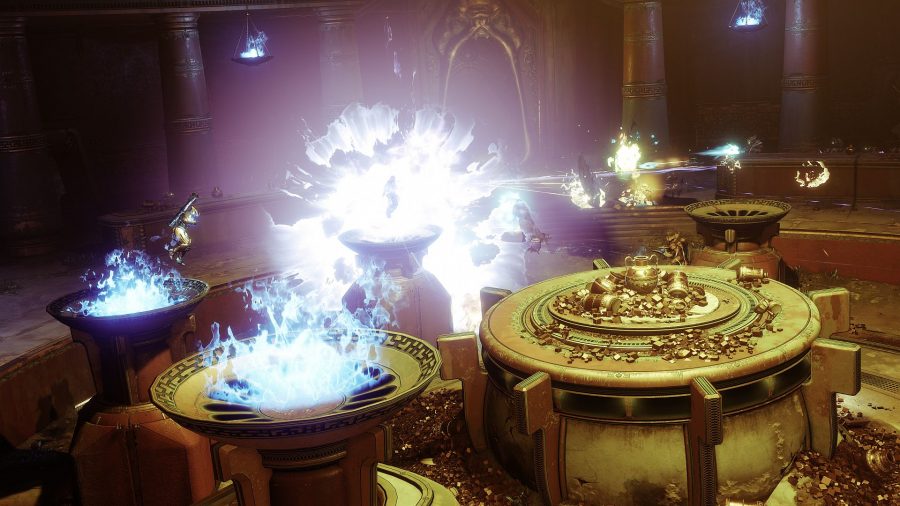 Regardless of which avenue Bungie pursues, its current proposal risks over-correcting the problem. It will turn the Menagerie into a punishing grind and consign it to irrelevance. Other activities, such as The Shattered Throne dungeon, take around the same amount of time but offer triple the loot. Content like this has to remain engaging, or it will fade into obscurity – remember just after launch, when strikes were so pointless that you could almost see the cobwebs gathering around the playlist icon? That’s the fate which looms for the Menagerie.

Shadowkeep is only a few months away, and will bring with it a surge in power levels, an armour overhaul, and tons of new loot. There’s no sense in making the Menagerie so miserly when it will soon be overtaken anyway, or in punishing new or returning players with such a tedious grind just for being a little late to the party – especially not in the so-called ‘Season of Opulence’.

How does Emperor Calus expect us to “grow fat with strength” if he only feeds us table scraps?