How do you get the Destiny 2 Lumina Exotic hand cannon? We had a rough idea as the flavour text for each quest step leaked onto Reddit, thanks to Ginsor, before the quest went live. Now we’ve got the Lumina ourselves, though, we know how much of that was true.

We already had a bit of an idea of how the Lumina hand cannon works thanks to the game’s lore. Rose, which turns into Lumina, is the pure version of the Thorn Exotic hand cannon, which Bungie presents as being the evil and twisted version of the Rose, so we anticipated that would be reflected in the gun’s mechanics. As we learnt from a teaser trailer Bungie posted the other day, that seems to be the case. The Lumina’s main perk is called Noble Rounds, and it works by healing and buffing your allies by, er, shooting them. The Thorn works by poisoning foes – so you can see the contrast of purity and evil at play here.

So how do you complete the Lumina Exotic quest? Throughout this guide, we’ll go over each step and tell you what the quickest way of achieving them are. Now we’ve set those affairs in order, here’s how to get Destiny 2 Lumina.

When you load into Destiny you’ll get a message from Shin Malphur telling you to go to the location you found the quest for the Thorn Exotic hand cannon. If you can’t remember where that is, fly to the Trostland in the EDZ before pushing past the cathedral and into the – frankly still hilariously titled – Salt Mines.

Once you’re there, find the transmat, and you’ll teleport to the side of a cliff. If you’re in any doubt, you should recognise it from one of the game’s opening missions. Follow the path up the hill, and you’ll come to an entrance on your right that’s blocked by a force field. If you take a left, however, you’ll find a narrow path that will lead you to a campsite littered with bodies. Make your way to the back of the campsite and open the chest to start the quest. 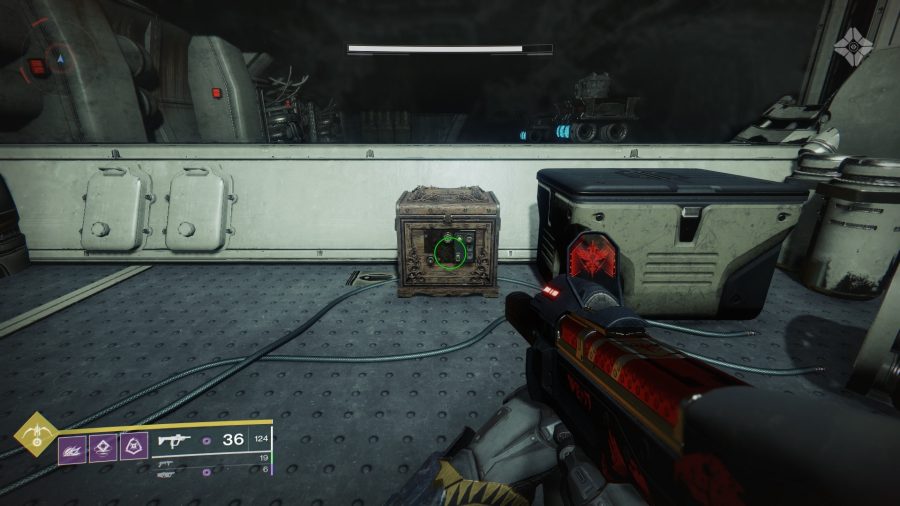 When you open the chest to start the mission you’ll receive something called “System Positioning Device” – this one is quite straight forward, it’ll tell you the location of a chest you need to go and find. The location of the chest appears to be random – mine, for example, was in Excavation Site 2 on Io. Check out the picture above for a visual on what it looks like.

Bearer of Evils Past

For the next step, you’ll have to generate 250 Orbs of Light. It’s a bit of a grind, to be honest with you. We’ve found that one of the quickest ways of doing this is dropping into the Leviathan raid and repeating the Castellum encounter. If you’re not sure what that means, it’s the central area you arrive in before you do any of the main raid encounters. 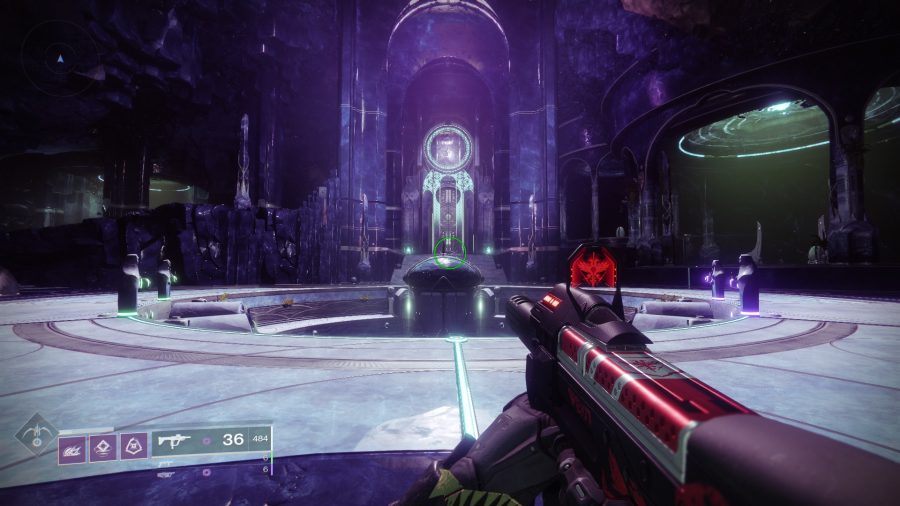 Once you complete the last step, you’ll earn three quest steps and Rose – well, part of it. You can do these quest steps in whatever order you fancy.

All you need to do to complete this quest step is finish a Nightfall with a score of 50k. If you’re in the habit of doing 100k Nightfalls each week, this should be easy. If not, go to your Five of Swords card, which you can buy from Xur, and curate it with 2.45x Solar Singe, Extinguish, and Match game.

This one requires killing 100 enemies without reloading your weapon. Don’t worry, it’s not 100 enemies in one clip, and it’s relatively straight forward. If you’re looking for a weapon recommendation, though, any Heavy Machine Gun works fine.

This one takes the most grinding as you have to rack up 35 points worth of Blind Well, Black Armory Forge, or Escalation Protocol. If you’re on the lookout for gear Black Armory is good, but if you want to finish this as fast as possible then run Heroic Blind Well, as you get seven points per completion.

Complete activities in the solar system

This one is a breeze, and you’ll complete it in no time if you do your usual PvE activities, like bounties and strikes, with a team of players who also have the Rose. Do keep in mind, though, that you can do this part solo. If you’d like to group up with people to speed this up but are struggling, the Destiny 2 PC LFG is a great place to go and find like-minded guardians to play with.

We found the Menagerie and Heroic Menagerie an excellent way to complete this while farming for Menagerie guns. If you’re in more of a rush, though, then the Lake of Shadows Strike in the EDZ is a decent call, too. 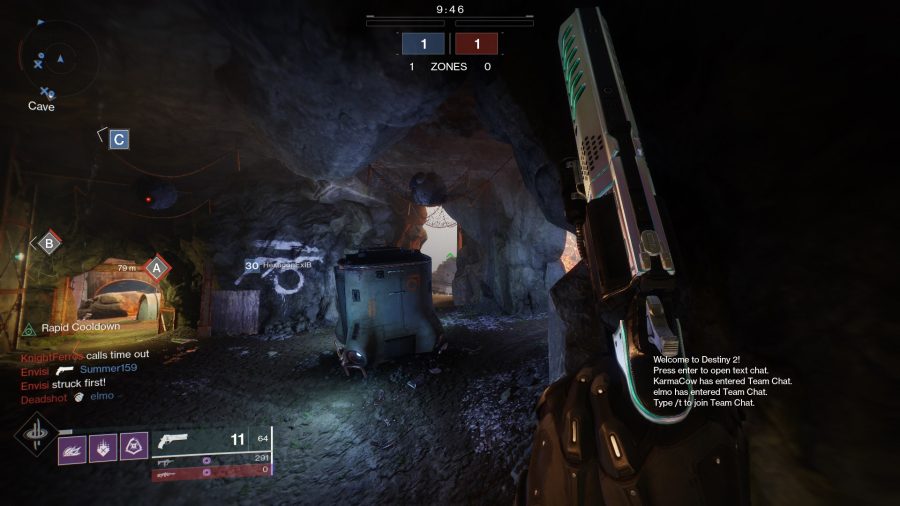 There are three steps to this part, and they’re not as painful as they sound. As per the quest, you’ll need “defeat Guardians with hand cannons as a team, generate Orbs of Light for fellow Guardians, and defeat Invaders in Gambit before they have killed any of your teammates”. Once again, having a team makes this step a lot easier.

The first part of the quest is pretty straight forward – stack up, equip a hand cannon, and head into Quick Play in the Crucible. Destiny 2 is awash with great hand cannons, so take your pick – the Austringer is the gun of the moment, but Ace of Spades and The Last Word are just as trusty as they’ve always been. Getting a kill gives you 1% toward completion, but getting assists also counts. This should only take you a few games.

To complete the second part of this quest, you’ll need to create 50 Orbs of Light for your buds. We recommend going back to the Blind Well, as there are heaps of enemies to kill, and the Orbs some of them drop charge your Super quickly, which means you’ll be creating plenty of Orbs. Also, remember to bring along a Masterwork weapon to create extra Orbs of Light.

To round off this quest, you’ll need to stop an Invader in Gambit from killing your team. It isn’t glamorous, but the best way to do this is to huddle up somewhere and draw the Invader to you when they invade. You only need to do this once, so it won’t take too long to complete.

Beat a special version of the Will of the Thousands strike

Bungie loves finishing an Exotic quest off with a revamped Strike, and the Lumina quest is no different. For this one, you’ll need to complete a particular version of the Will of the Thousands Strike. In short, there are 11 crystals you’ll need to shatter, and only the Rose can do it. If you’re struggling on this part, check out this roadmap by AlaskanBas of the Juggernauts of Valhalla.

And there you have it; the Destiny 2 Lumina Exotic hand cannon is now in your procession. It takes a bit of work, as do all of Destiny’s Exotics, but it isn’t nearly as grind-intensive as some of the other Exotic quests. On top of that, you now have the only gun in the game that can heal an ally.