What are the best Destiny 2 builds? Glad you asked. One of Destiny 2’s finer quirks is that its playbase splits between PvP and PvE content with plenty of guardians going between. This means that Bungie’s loot ‘em up has two different metas at any given time. Given that there are three Destiny 2 classes, too, there are usually six build setups that are good at any given moment.

Bungie has always tinkered with powerful Destiny 2 weapons and armour because of the game’s meta. Now, though, builds are becoming more apparent thanks to Shadowkeep’s Armour 2.0 update. Basically, you can add new mods to your armour that synergise nicely with various class abilities. These builds differ between PvP and PvE so we’re providing a build that each class can use in both.

Throughout this guide we’ll go over what you’ll need to create each build, from sub-classes and mods to Destiny 2 Exotics and other legendary weapons and armour.

Here are the best Destiny 2 builds:

The goal of this class setup is allowing you to tank otherwise fatal situations, from a hulking Titan’s shoulder charge to being blasted in the face by a rocket. We achieve this by buffing our dodge.

Jump in: the best co-op games you can play on PC

Wormhusk Crown’s Exotic talent Burning Souls gives us a small bump to our health and shield. Using Arc Strider’s Way of the Wind talent tree gives us access to Lightning Reflexes, which makes us harder to kill while dodging. What brings this all together, though, is Arc Battery as it gives us an overshield and reduced cooldown during activation of all Arc class abilities.

The idea of this build is to play around with the freshly buffed Way of the Pathfinder tree in the Night Stalker subclass – especially the Moebius Quiver super. Thanks to the rework, firing an arrow at a tethered target does considerably more damage. You get six shots in total, but that bumps up to eight if you’re wearing Orpheus Rig.

Of course, you’re not the only one who benefits from a tethered enemy, as your teammates do, too. Your Smoke Bomb is another nifty addition as you can buff you and your team’s mobility, resilience, and recovery. Izanagi’s Burden is another fine addition because of the whopping damage it does. Essentially, this build allows you to group up and put out a great deal of damage. 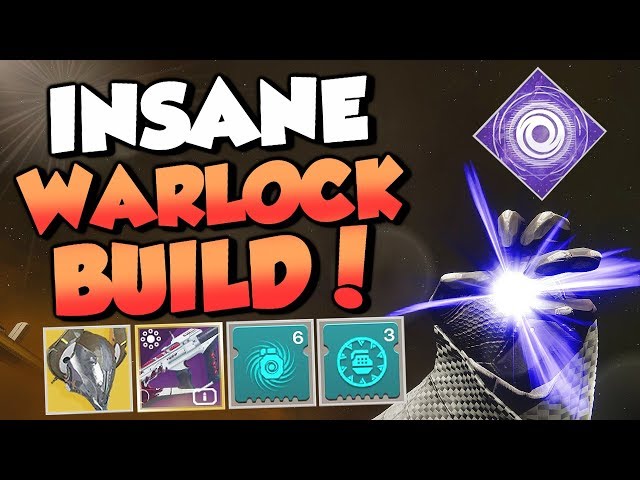 Buckle in, as there is some synergy going on here. Wearing the Nezarec’s Sin helmet means that void damage kills recharge our ability energy recharge rate. It just so happens that The Recluse SMG is also a void weapon and one of the most powerful guns in the game right now. Next up, you’ll want to kit out your chest piece with a Breach Refractor mod so you can get even more grenade energy on shield piercing weapons. We can turn our Recluse into a shield piercing weapon by adding an Anti-Barrier mod which can be unlocked through the Artifact.

Fri-end game: get everyone involved with these multiplayer games

Okay! Now that’s all in order, you’ll want to make sure you have the Attunement of Hunger skill-tree equipped on the Voidwalker. We’re mainly here for the Devour perk, which restores our health for using the melee. As our melee and grenades recharge quite swifty, we’ll get a fair bit of use out of it. If you’d like to see a more detailed breakdown of this build, alongside some extras, check out Ehroar’s video above.

This one is simple but effective and it involves chucking as many buffed grenades around as possible. Using the Attunement of Fission subclass gives us access to the Handheld Supernova ability, which is a very powerful grenade that kills anyone on impact. Using the Contraverse Hold makes us harder to kill while using this ability and even gives us some grenade energy back in return. To round off this build, use a heap of Discipline mods alongside the Enhanced Bomber mod to decrease our grenade recharge time.

The idea here isn’t too dissimilar to our Warlock grenade ability in that we’re trying to make sure we have one to hand as much as possible. Code of the Commander’s toolkit allows us to stick enemies with detonators and then pop them, giving us and our allies health, melee, and grenade energy.

Pinched: save a few pennies with the best free PC games

Building on that, having the Demolitionist perk on a weapon also gives us grenade energy for killing someone while reloading our weapon, too. Rounding this off is the same synergy between Anti-Barrier rounds and Breach Refractor that gives us more grenade energy.

This one is pretty straight forward top-to-bottom and is mighty, too. The purpose of this build is to stroll around knocking everyone out. It’ll only take one punch after all. To get here, all you need to do is unlock the Thunder Coil from your Artifact to boost your arc damage, and use the Code of the Juggernaut to take advantage of Striker. To get these buffs rolling, you’ll need to break someone’s shield first – but that’s easily done.

And there you have it, some Destiny 2 builds for any Hunter, Warlock, or Titan to use in PvP or PvE. Of course, there are plenty of other build possibilities to try out, but these are a good starting point.