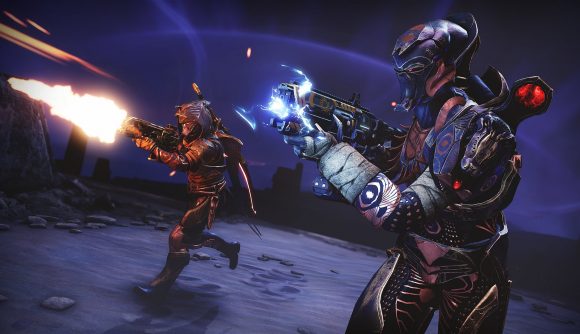 This weekend sees the return of the Trials of Osiris, the special PvP challenge mode for Destiny 2 that runs over the weekend to allow players to take each other on to win exclusive loot. This weekend has seen the introduction of a completely revamped version of the Trials, and it’s proving very successful – in fact, it’s already the most popular Trials weekend Destiny 2’s ever had.

For those who aren’t regular Destiny 2 players – or those who avoid the PvP side – Trials of Osiris is a PvP challenge mode that takes place every weekend, and sees players compete in a gauntlet of 3v3 elimination matches to get special loot. However, it’s not been running for the past few weeks.

As revealed in last month’s Destiny 2 Showcase – which was mostly centred around the full reveal of the upcoming The Witch Queen expansion – Bungie has been planning a full revamp of the Trials of Osiris challenge for a while now, which finally launched yesterday as part of the newest Trials weekend set on the Burnout map.

The new version of Trials is a lot more Reputation-based now – rather than just kills – with shorter rounds and the ability to keep playing until you get the rewards you need. Bungie expressly planned this revamp to get more players to take part. It seems to have succeeded, as the Destiny 2 tracking site Trials Report states that this Trials already has the biggest player count of any weekend Destiny 2 has ever had – and it’s not even over yet.

This is now officially the most populated Trials of Osiris weekend in Destiny 2. We're less than a day in.

Time will tell if the Trials will remain this popular week-on-week, or whether the new changes will be welcomed by the community. For now, though, this particular Trials of Osiris weekend will go down as the most successful Destiny 2 has ever had. Even if Bungie has had to pull the Telesto yet again, but what else is new.