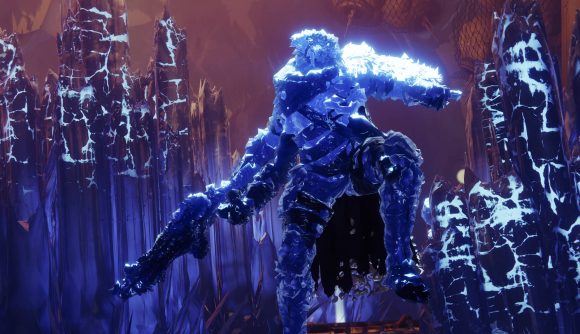 Bungie is bringing Umbral Engrams back to Destiny 2 next season. The developer explains in its weekly blog post that the loot system was well-received by the community, so it's coming back in Season 13 and sticking around for the remainder of Year 4.

“While the new seasonal activity will always provide the fastest path to earning new rewards,” writes community manager Cozmo. “We want to ensure that regardless of how you spend your time in Destiny, Umbral Engrams allow you to chase new rewards.”

Cozmo goes on to explain that the loot system has been tweaked since we last saw it. The drop rates for Umbral Engrams have decreased, as have the activities you can fetch them from. That said, the list is still pretty meaty. You can earn Umbral Engrams from Patrols, Strikes, Crucible, Gambit, the new seasonal activity, and more. The Prismatic Recaster is also returning to help you focus your engrams into something you'd like. The difference this time around, though, is that it'll be a kiosk with different pages for each season. Bungie is also introducing something called Prismatic Lenses, which will allow you to focus your engrams further into something you'd prefer.

If this all sounds a tad complicated – like many things in Destiny 2 – the good news is that there will be a short quest to show you how to use the Prismatic Recaster.

If you’ve been taking a break from Destiny 2, we initially got Umbral Engrams back in Season of Arrivals last year. Throwing them in the Prismatic Recaster allowed you to narrow their loot pool down with various unlockables from the seasonal Battle Pass. As Destiny 2’s armour and guns come with random rolls, it proved to be a nifty way of taking some of the tedium out of grinding for weapons with good rolls.