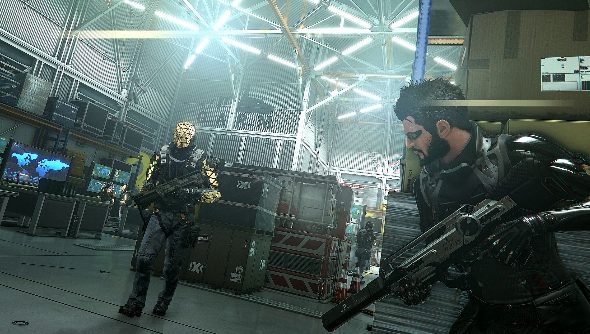 Floating down in a ball of golden Icarus Landing System light, Deus Ex: Mankind Divided launches on Linux on November 3.

Are you on Linux? Which of our upcoming PC games list are you hoping for?

The announcement was made on Twitter by Feral Interactive, a studio renowned for Mac and Linux ports of games. There’s no word on a Mac version of Mankind Divided at the moment, however, but the Linux version has been confirmed to be native.

As for whether the port will support the Vulkan renderer in Linux, the team said they’ll “drop more information down the line”.

Only yesterday Feral Interactive announced a Mac and Linux port of Mad Max, and it looks like there’s a Total War: Warhammer announcement around the corner.