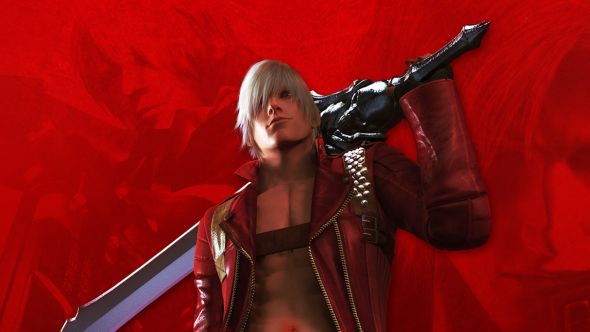 Devil May Cry 5 has been heavily rumored for the past several months, and all eyes have been on series director Hideaki Itsuno as we await word on the latest installment of classic Dante’s stylish adventures. Itsuno takes to Twitter every few months to apologize for having not announced anything recently, but his latest apology suggests development on a new game is well underway.

Plenty of the biggest upcoming PC games have in fact already been announced.

Happy new year!
I am sorry that I can not present a new project last year. The development of the project is now under climax. I am making a great game so please expect it.

I can’t 100% confirm what it means for a game’s development to be “under climax,” but it sounds pretty good. But then, maybe the bizarre phrasing means Itsuno has secretly jumped ship to Platinum in order to work on the Nintendo-exclusive Bayonetta 3 – yet that’s pretty unlikely.

So where’s the DMC5 talk coming from? Largely via a ResetEra post in November from a person claiming to have inside knowledge of the game’s development. According to the leaker, this would be a true DMC sequel that ignores the Ninja Theory game, and it was scheduled for unveiling at PSX before being shifted to Sony’s E3 2018 conference. The game would be coming to PlayStation 4 first, with a PC version to follow.

Take that with however much confidence you generally put in anonymous leaks, but Itsuno has confirmed he’s working on something new, first by saying he’d like to announce something in 2017, then apologizing for showing nothing at E3, nothing at TGS, and now nothing during the year. Capcom themselves have also been putting some effort into reinvigorating the DMC brand, with an HD collection of the original trilogy scheduled for release in March. If the leaks are to be believed, we’ll find out what’s up with DMC5 in June at E3.