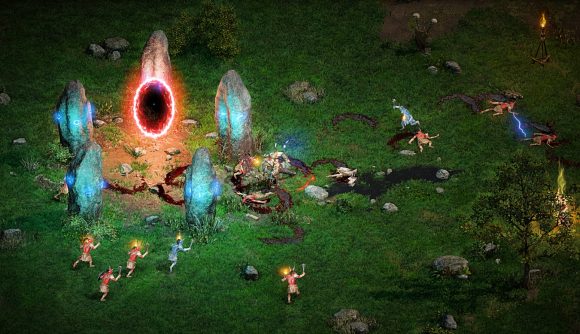 Ah, hello, old friend. Some cheeky scamps have figured out how to duplicate items while playing the Diablo 2: Resurrected alpha. One player took to the game’s subreddit to share some footage on it, with others piling in to explain how it’s done.

Pulling it off is pretty simple – all you have to do is move an item to your shared stash, save and exit, and then move the same item out of your shared inventory and hit the Alt and F4 keys when you log back in. I doubt it’ll stick around for long – this is an alpha after all – but it’s amusing to see it return given the series’ history with the bug.

In a Diablo 2: Resurrected interview last month, we asked Blizzard how it’s striking a balance between keeping cheesy strategies intact and stomping out things like item duping. While the team is happy to keep your overpowered character builds the same, item duping is something that isn’t sticking around. “I think the main thing is going to modern Battle.net,” lead producer Chris Lena explained. “Being on that system gives us a lot of inherent security features that Diablo 2 currently doesn’t have. So that’s a big part of it.

“We’re also going through the game and fixing things as we find them. Hopefully, the technical alpha will also help us find those [exploits] and close them as we encounter each one.”

A dupe bug has already been found in alpha. Players have already made hrs and Enigma. I did my part by reporting it of course. from Diablo

All is going to plan, then. The Diablo series has long seen players scour the game for ways to duplicate items. After all, it’s a game about loot. It can prove particularly pesky here, though, as Diablo 2 features item trading, so duplicating powerful items gives you plenty to trade, with little risk of losing something valuable. 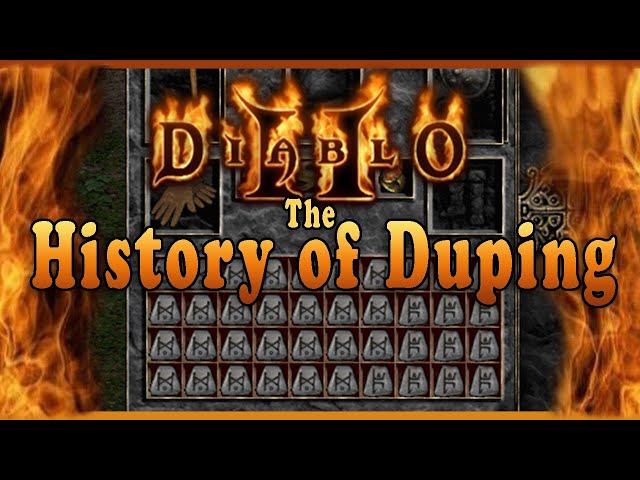 For more upcoming PC games, you know where to click.