The reintroduction of the Necromancer to Diablo 3, even spoiled by some early leaked concept art, still drew a cheer from the crowd at BlizzCon 2016, particularly for the phrase “corpse explosions.” Of all Blizzard’s sextuplet of modern games, Diablo is the one for which almost anything would have been good news. Long suffering through small patches and insignificant updates, a new class – along with the many extras coming in the next couple of weeks as part of the anniversary pack – is the biggest addition to the game in years. It won’t be free and is a long way off yet, but already it feels at home killing endless goatmen and hoping their corpses produce an endless flood of orange columns. For once, however, Blizzard’s customary best may not be enough.

For everything else from BlizzCon 2016, check our dedicated page.

Let’s start with how the living dead commander plays. At least in the demo build provided at the show, ridding the world of nasties relied on an endless supply of ghost-skeletons. They’re mostly autonomous, cutting through foes without any requirement of input from me unless I particularly feel the need to focus their attentions on a single target. Being the center of a swarm still has the appeal it did a decade and a half ago, but it can’t help but feel a tad passive. It’s not like killing enemies increases the tide of undead allies to your side, with the spawn rate solid no matter how you interact. Outside of entering a new zone and watching your green-’n’-bony mates slowly spawn around you, it’s easy to forget they’re there beyond the extra screen space they take up.

Not everything, of course, is that unimpactful. The Necromancer operates off Essence, their own resource pool built by some abilities and spent by others. For the demo, this meant one life-sucking single-target drain and one magic-missile. It will be familiar to almost anyone that has properly thought about a Diablo 3 build – pick on a target to use your resource builder on, then clear out a big wave of enemies with your spender. It’s as satisfyingly explosive as with any other class, though the flavour is rather quickly lost behind the pursuit of numbers and horde of foes. 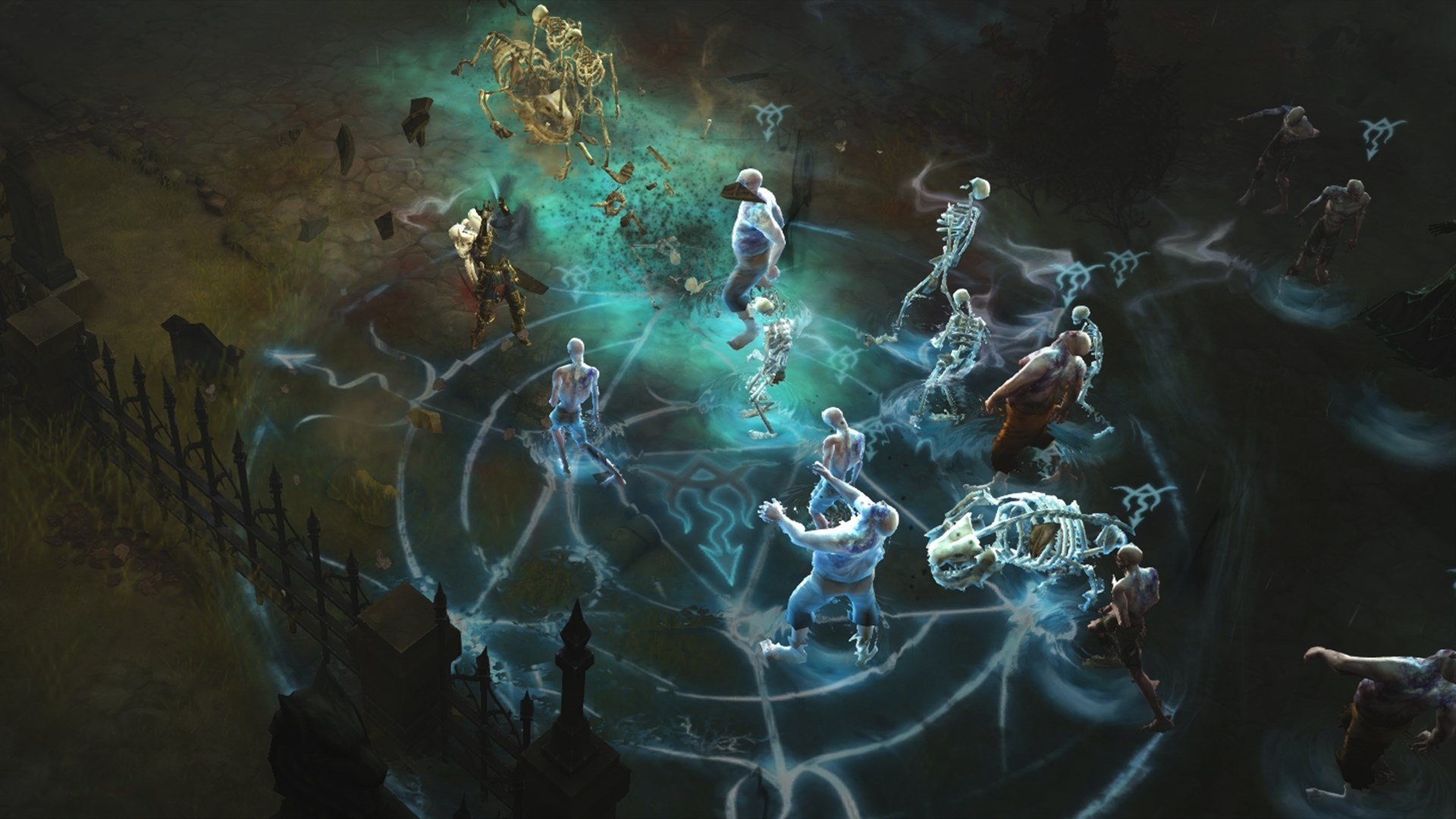 Beyond that, the familiarity continues. The Necromancer has a gap closer / run-away tool that allows them to teleport over obstacles or through enemies. While its distance and cooldown differentiate it from other variants, its usage is the same – get in for kills, speed up travel time between loot-friendly packs and get out of deadly AoEs. That and a large area debuff that slows movement and reduces attack speed of enemies caught within the initial cast rounds out the Necromancer’s kit (at least until we reach release), except for one final spell.

Corpse Explosion is, essentially, worth the cheers. It utilises the bodies of slain foes, represented by specially spawned models so you can tell at a glance how many are available, for massive area damage around the site of their demise. It pulls the whole piece together, giving you a reason to want to slow enemies in the kill zone, breaking up the build and spend, build and spend cycle that would otherwise set in. It’s also thematically, visually and effectively cool as hell, turning a small pile of corpses and a big batch of enemies into the absolute opposite. It’s fun, it’s fast, I wanted to take it for another spin as soon as I was done and it does absolutely nothing to convince me Diablo is significantly changing or improving. 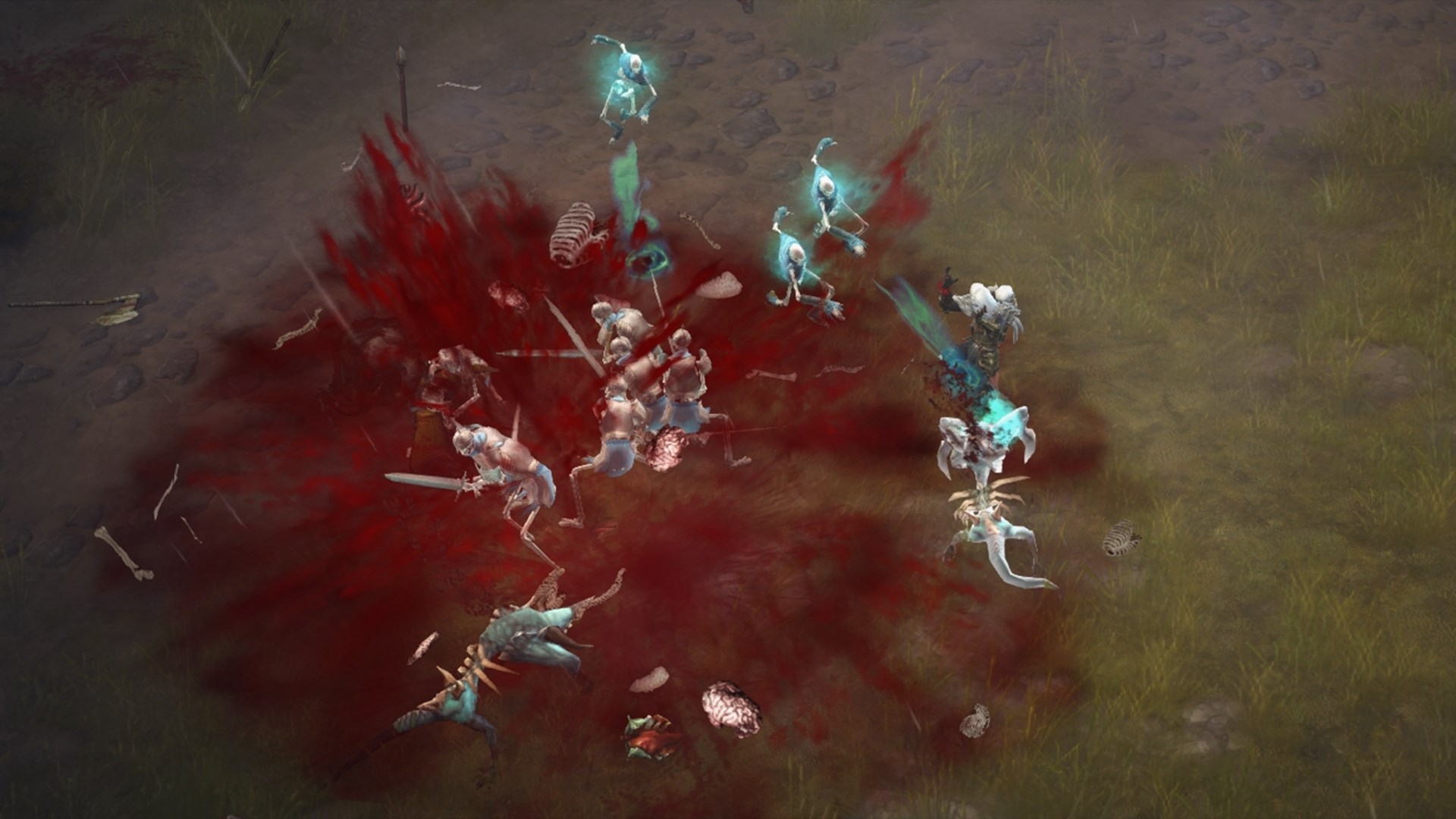 Diablo 3’s core game has grown stale. It is not something that I have been playing, because the loop of pulling half a zone of monsters and watching them die lost its flavour fairly quickly after the introduction of seasons. It’s not that Diablo is terrible, I’ve still spent something like two hundred hours in there, but it would take a huge rework to or build upon core systems to get me interested. Like a small but ever-so-loud section of the community, I would have ideally asked for more.

Moreover, it just doesn’t compare favourably to other things on offer in 2016, from Blizzard or their competitors. This has been a truly special year, with a dozen games you could defend as a GOTY candidate, and some we may see on lists of all-time greats for years to come. Big blue alone have put out Overwatch, an unstoppable global phenomenon, and Legion, the most impressive expansion for World of Warcraft since, well, ever. In sight of that, plus even something as past its prime as StarCraft reinventing itself into a co-op powerhouse while still remaining relevant on the world eSports stage, a new class that comes bundled with a few microtransaction upgrades isn’t setting my passions afire. 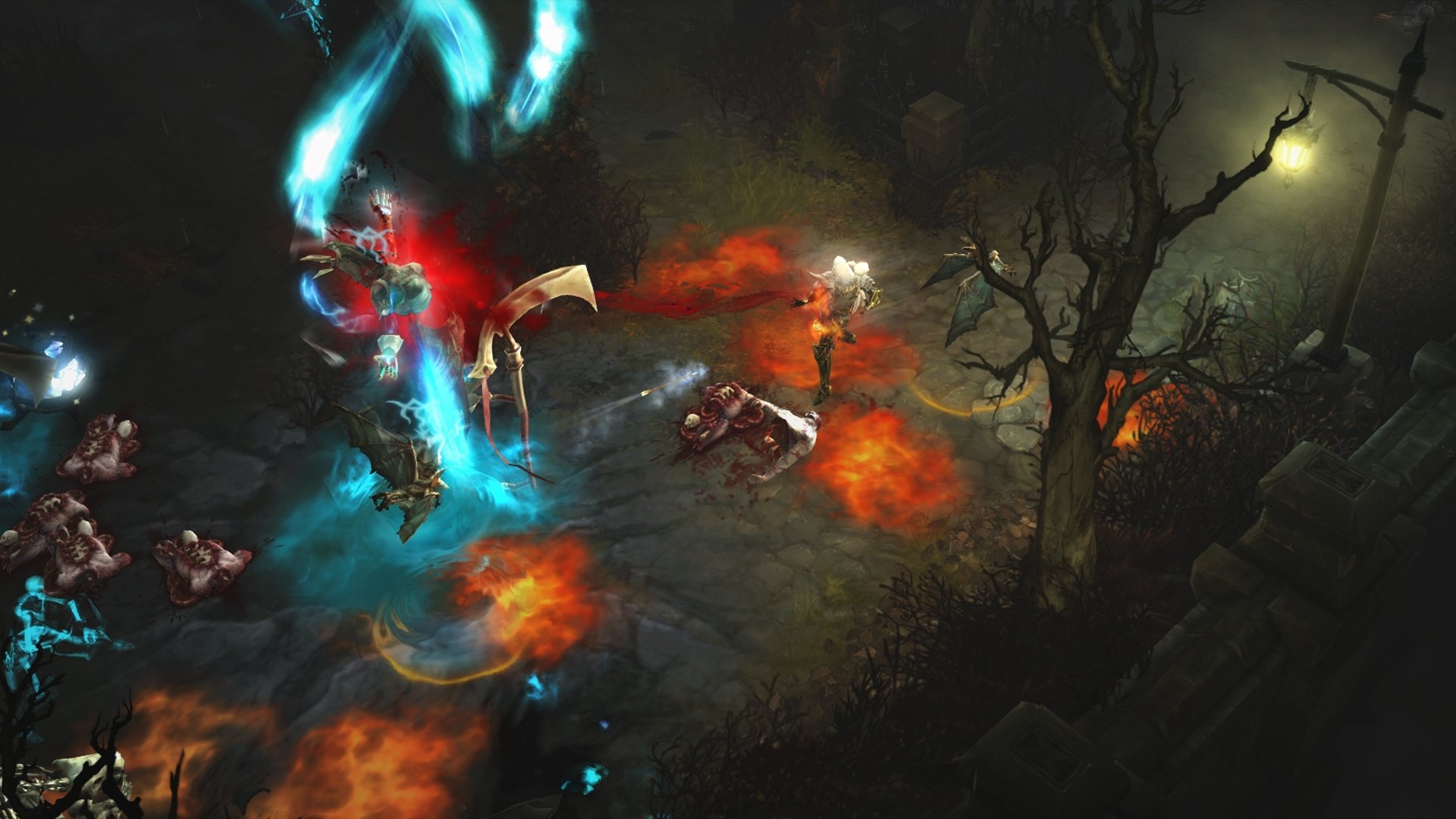 Diablo’s future likely lies elsewhere. Besides the inevitably in-the-works sequel or major expansion, the announced challenge rifts are the sort of major new system that will bring back lapsed players and keep the enfranchised going. It’s mad to say, but the week-or-so long journey many cite each new Diablo season taking just isn’t enough to keep people interested in a game in 2016, and a new class won’t push that up. It’s a difficult thing to do with Diablo, where every last part of it was designed to facilitate multiple playthroughs, not future level cap increases.

It will require more new stuff like challenge rifts, and a serious commitment to regular upgrades, to make it a permanent part of gaming schedules once again. Hopefully charging for elements like the Necromancer – who will have an immense amount of work to do to raise Diablo from the grave when they finally release in late 2017 – and expanding the game in that horizontal way allows its other teams to start bulking out the center, and soon.