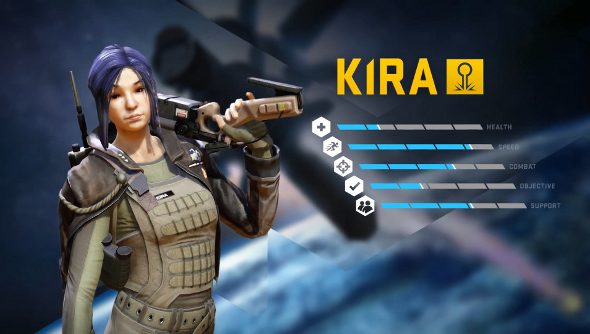 Dirty Bomb, the post-apocalyptic multiplayer FPS from Splash Damage, will leave closed beta behind, next week. The floodgates will open, letting anyone jump into near-future London.

If you don’t have a clue what Dirty Bomb is, take a look at Steve’s Dirty Bomb hands-on and interview with Splash Damage. And if that isn’t enough, the developer’s also put together a quick primer, which you can watch below.

“Dirty Bomb takes us back to our roots as a company dedicated to making competitive multiplayer shooters for hardcore gamers,” said Paul Wedgwood, CEO of Splash Damage. “Twenty years ago I played obsessively in a clan, competed in tournaments, made a mod for Quake 3, and as a result, founded Splash Damage with clan mates and friends. We’re grateful to have Dirty Bomb shaped by our players from an early alpha stage – With their dedication and feedback, along with the support from Nexon America, we think we’ve created something special.”

Today also sees a new merc appear. Kira supports her teammates with a high-damage orbital laser, and she can drop handy ammo packs for her pals, which should come in handy during prolonged firefights.