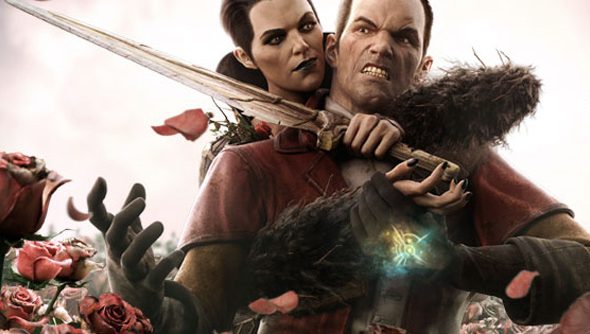 You can’t simply invite witches into your game. You have to prepare: secure broom parking points; custom slippers built to support their square feet; gas fireplaces to replace culturally insensitive hearths; that sort of thing.

Arkane know this, and have put together a big old patch ahead of The Brigmore Witches’ release next week. One thing the covens can’t abide, I’m told, is dodgy admin – and so the developers have put straight a bug that meant NPCs killed by fall damage were missing from the game’s end-of-level kill stats screen.

Dishonored’s last DLC release – and Daud’s last shot at redemption – is due on Steam on Tuesday, August 13th. It’ll be $9.99 or £7.99, and I’ll be very surprised if it isn’t exceedingly good. Read our Rob’s PC review of The Knife of Dunwall for an idea of what we might be in for.

Bug Fixes (The Knife Of Dunwall)

*Though thankfully not the Flooded District, again. Can we stop returning to the game’s least intelligently-designed environment, please?).