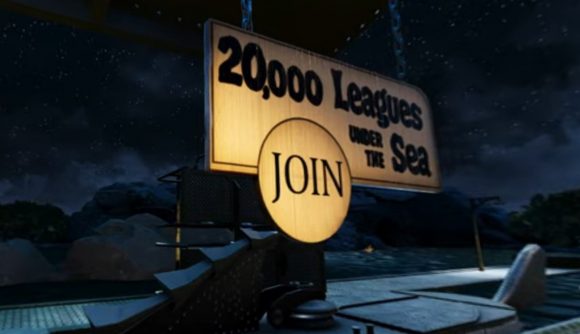 An old, disused Disney World ride has been resurrected through the magic of VR. The decommissioned attraction was recreated by a team of volunteers that want to preserve these experiences long after their parent companies no longer want them.

The project came as a result of Defunctland, a YouTube channel dedicated to the history of theme parks, novelty hotels, and other elaborate exercises in branding. In each video, host Kevin Perjurer gives the backstory of whatever his subject is, and often laments the poor condition these once prominent cultural spaces find themselves in today.

Inspired by Perjurer, a band of viewers got in touch with him, and soon the group started rebuilding one of these attractions, Disney’s 20,000 Leagues Under The Sea, using the Unreal Engine. The actual 20,000 Leagues was used from 1971 to 1994, as part of Disney World’s Magic Kingdom, and this technology means anyone interested can get a genuine glimpse at what riding it would’ve been like. In a video, Kevin guides us through the ride, and introduces Defunctland VR, “where dreams are restored, and history is preserved.”

You can download the recreation to explore yourself. It’s compatible on several VR headsets, including Oculus and HTC Vive.

The plan is for Defunctland to gradually become a VR theme park of lost and forgotten rides. If you’re interested in helping out, the team is taking volunteers.