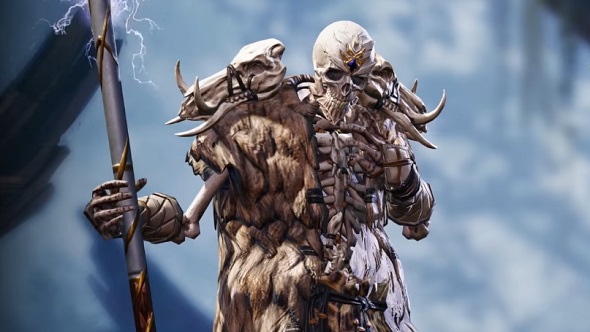 With its release just under three weeks away, Larian Studios are making the final marketing push for Divinity: Original Sin 2. In a brand new trailer released earlier today, the studio revealed that adventurers will be able to play as an undead character.

Plan your future spending with this list of upcoming PC games.

Shown in a ‘blink and you’ll miss it’ moment during the trailer, a skeleton enchanter was shown in the character creation menu, complete with jeweled skull and magic staff. It’s unknown whether the undead race will be limited to just skeletons or if you’ll be able to play as a wight, a ghoul, a revenant, a lich, or a bog-standard zombie. Either way, it’s good that Larian has catered for fans of creepy characters and is trying to move away from the usual depiction of the undead as wholly evil.

Larian have promised more information on the undead on August 31, so watch this space if you can’t wait to roleplay as Skeletor. If this trailer has peaked your interest, Divinity: Original Sin 2 is available on Steam Early Access right now, with the full version releasing September 14.