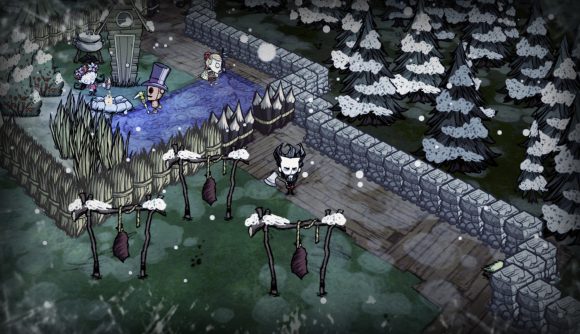 Klei Entertainment, the developer of Don’t Starve, says Tencent buying a majority stake won’t change a whole lot for the studio. The indie game makers will “retain full autonomy” amid the new ownership.

In a post on Klei’s official forum, founder and CEO Jamie Cheng confirmed the news, then reassured everyone that for the most part, everything will be business as usual. “There are some boring accounting changes that we will need to adjust to,” Cheng writes. “Other than that, I will continue running the studio as before, with no changes to staffing, projects or other operations.”

Cheng explains that Klei considered a number of different companies, and Tencent was the only one that would let the team “retain the level of control that we demand”. The one goal has always been to make sure everyone at the studio was secure and happy, and Tencent helps insure that goal. “Consistently, my wish has been to enable people to do their best creative work,” Cheng says, “to learn and grow, to not have to worry about finances, and be able to enjoy their lives outside the studio. This has not changed.”

Nothing about how Klei conducts itself in China or the rest of the world will change, but Cheng does expect that Tencent will help the developer answer the needs and wants of its Chinese players.

Klei put out another in its Don’t Starve Tales series before Christmas, to celebrate last year’s Winter Feast:

We have Don’t Starve as one of the best survival games, and after eight years, it’s still going strong. Klei released deck-building roguelite Griftlands into Early Access in 2019, you can find it on Steam here.