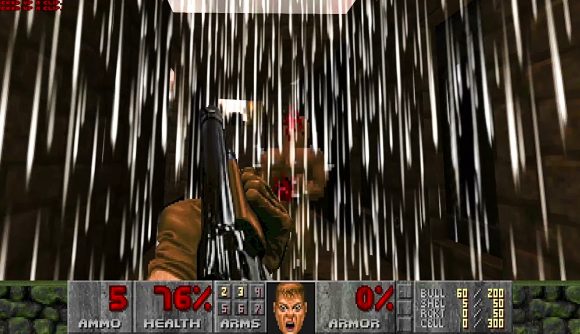 Grand Theft Auto: The Trilogy – The Definitive Edition has been a challenging launch for Rockstar Games. The developer pulled the hat trick of remasters from the PC launcher after files were unintentionally left in, though the internet still swelled with separate clips of bugs and oddities from other platforms. One of the more popular clips involves the rain because it sort of looks like glue? Getting anything done in the GTA Trilogy is a challenge when you can’t see. Racing? Nope. Need to gun down a baddie? Sorry.

While some modders have stepped in to fix the issue, others are clowning around by adding it to Doom. Nash’s Definitive Rain for GZDoom mod makes it harrowingly challenging to see. Nash shared a mod clip to Twitter, and I can barely tell you what’s happening in the video.

You can see Doom Guy firing off a shotgun, but who knows who he’s firing it at. It looks like Doom Guy doesn’t know either, as he inevitably gets beat up by a bunch of demons. I guess you can’t rip and tear your way through the undead when GTA Trilogy’s rain is clouding your vision.

If you’d like to see some glue-like rain in Doom, you can catch the clip below: 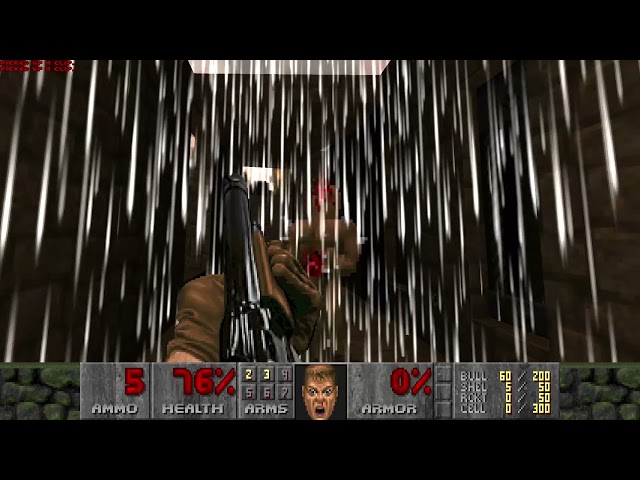 The GTA Trilogy returned to the Rockstar Launcher earlier this week. Rockstar apologised for the inconvenience, promising that the team will improve and update the overall performance as we rumble on. I imagine the rain might be high on the team’s to-do list.