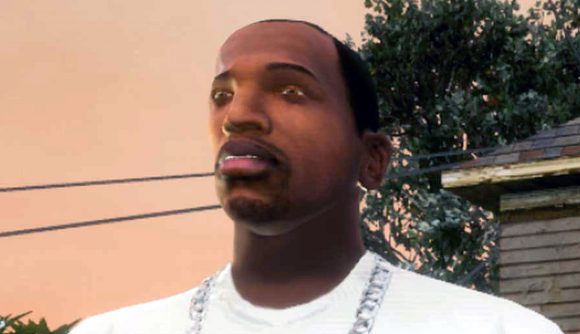 The release of Grand Theft Auto: The Trilogy – The Definitive Edition was supposed to be a happy event celebrating the remasters of three of the best open-world games ever made, but shortly after that release the Rockstar Games Launcher went down and GTA Trilogy PC was pulled from sale – which is apparently due to “unintentionally included” files that may have been songs.

The remastered Grand Theft Auto Trilogy – GTA 3, Vice City, and San Andreas – was released yesterday and things didn’t go very well at all for the PC version. Aside from raising eyebrows due to these PS2 games having higher system requirements than last year’s Red Dead Redemption 2, the Rockstar Games Launcher – which the remastered trilogy is exclusive to after Rockstar pulled the originals from Steam – went down immediately and was offline for a day.

At the same time, Rockstar also pulled the GTA Trilogy PC version from sale without explanation – which it now says is because it is removing “files unintentionally included in these versions”.

These files may actually be unused songs in the game’s soundtrack, which dataminer Ash_735 on Twitter (thanks, VGC) claims to have found in the trilogy’s files. According to Ash, multiple tracks that were cut from the older games due to licence expiration are apparently still in the game, just disabled – such as the entire original song list for Grand Theft Auto: San Andreas.

The Rockstar Games Launcher is now online, but GTA: The Trilogy – The Definitive Edition is unavailable to play or purchase as we remove files unintentionally included in these versions. We're sorry for the disruption and hope to have correct ones up soon. https://t.co/NiMNXUKCVh

We’ve reached out to Rockstar to clarify its statement and will update this post if we hear anything back. Hopefully it can avoid another Hot Coffee situation – where it got into trouble for leaving a bunch of files it shouldn’t have in GTA: San Andreas.