If you’re a Warcraft 3 fan, you might recall a popular – and fast-paced – custom game called ‘Fufu United Ninja All Stars’. It’s a “free-for-all” mode full of mayhem and antics that gets 12 players battling it out to be the ninja to score a winning number of kills first. If you’re a fan, or think you could be, there’s good news – it’s come to a whole other multiplayer game, too: this time, Dota 2.

Creator LowBott Games has posted the new Dota 2 custom game mode on the MOBA game’s Steam Workshop. Called ‘Fufu Ninja’, it’s based on the Warcraft 3 Fufu United Ninja All Stars custom game, and, as the modder explains: “In Fufu Ninja, there are no allies”. Gulp. The way it works is by pitting ten ninjas together in a match, each of whom has only a single HP to be going on with, and seeing who can be the first to reach 50 kills.

It’s jam-packed with “fast-paced, free-for-all action” and the “ultimate test of ninja skills”, according to the description – though it’s worth noting, it’s easy enough to pick up, but tricky to master. Eek.

The good news is, if you’re keen to get stuck in but short of the full complement of players to jump in with, the custom game incudes “ninja bots”. These get automatically added into a match to bolster numbers if it kicks off with fewer than then ten needed to play, the creator explains. Sweet. You can get an idea of Dota 2’s Fufu Ninja custom game with the trailer below: 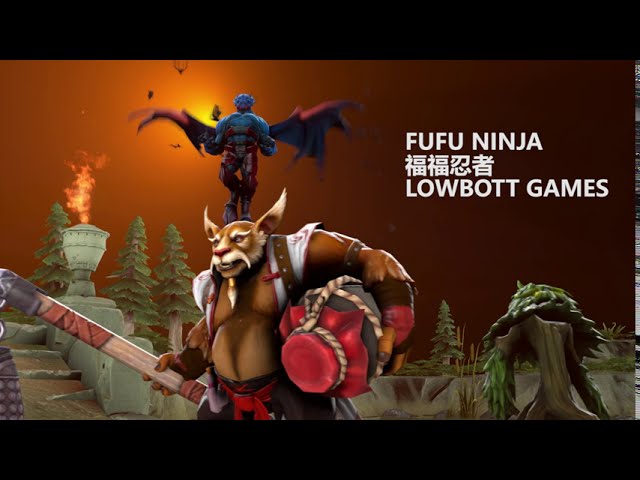 If you fancy taking your ninja skills to the next level, too, there’s some exciting news on the mode’s Twitter channel: like Warcraft 3 before it, Dota 2’s Fufu Ninja will get a tournament – and, “all matches with 10 human players are automatically ranked”. Better get honing those techniques then.

If this sounds like something you’d love to try out, head to the Steam Workshop here to grab Fufu Ninja for Dota 2 – and enjoy!