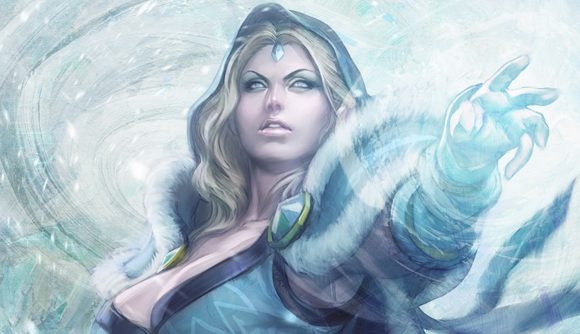 Dota 2‘s average player count has now tumbled to its lowest number in nearly six years. With an average of just over 384k players in December 2019, it’s the lowest count the game’s seen since December 2013.

That’s according to Steam Charts, which tracks player numbers across games available on the platform. According to its Dota 2 figures for December, the game attracted an average of 384,180 players over the month, which is only the second time since January 2014 the game’s dropped below an average of 400k – following October 2019, which saw 388,356. It’s worth noting, however, that the latest figures do still place the MOBA game in the top three most-played games on Steam.

Between the above dates, average player counts have ranged between roughly 400k and nearly 710k (in February 2016), though they haven’t broken the 600k mark since October 2016, according to the site’s numbers. This is despite 2019 being an otherwise pretty big year for the game, with the peak player count surpassing one million for the first time in two years.

It’s not clear why numbers have dropped recently, particularly given developer Valve released the Dota 2 Outlanders update at the end of 2019, bringing two new heroes and overhauled gameplay to the MOBA game.

December 2019’s average is still a pretty giant number, with current numbers over the last 30 days of around the same figure making it the third most-played game on Steam at the time of writing, just behind Counter-Strike: Global Offensive and PlayerUnknown’s Battlegrounds. However, it does signal quite a significant drop-off of players over the last few years. How Valve might respond, and whether future updates in 2020 might see those numbers start to climb again, remains to be seen.