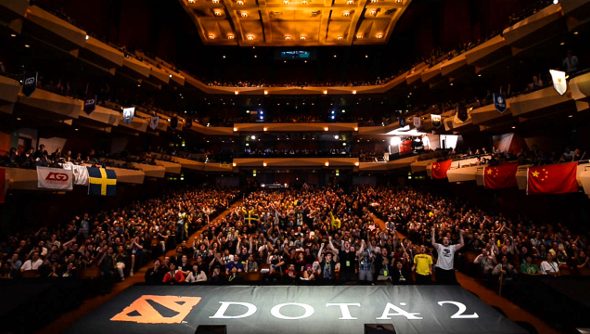 While there were a few people who tuned into ESPN’s coverage of the Dota 2 International and became distressed, confused and, in some cases, downright angry, the sports broadcaster was “delighted” with how the coverage went.

The apparent success of ESPN’s International schedule has, a source close to the broadcaster told The Daily Dot, led to it looking to expand coverage of eSports.

While the popularity of the Dota 2 International on Twitch implies that eSports doesn’t really need mainstream sport broadcasters to cover it to be huge, it certainly helps spread it to viewers who otherwise might not even know the game or eSports in general exists.

Viewing figures, which weren’t disclosed, exceeded ESPN’s expectations, and surprisingly the top viewing platform was Xbox, which is a wee bit strange given that it’s a PC exclusive.

ESPN has previously collaborated with MLG, specifically in a Call of Duty event at the Austin X Games. Despite the collaboration, none of the matches were broadcast on ESPN’s platforms. But thanks to the International, that might change.

“They are in advanced talks to bring that product to both ESPN web properties as well as their TV stations, and they are in the preliminary stages of looking at other games,” said the source.

I’d be very surprised if mainstream coverage eclipsed coverage on streaming platforms like Twitch, though. ESports games are defined by their communities, and watching together, whether it’s in an arena or through streams with chat features, is part and parcel of the experience. TV won’t replace that, though it’s something ESPN could certainly replicate on its web platforms.

Did any of you lovely lot watch the matches on ESPN3 or the documentary on ESPN2?