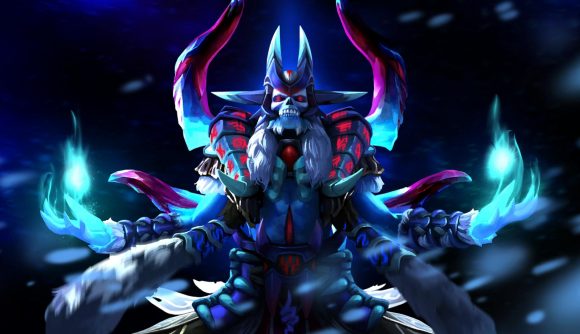 The Dota 2 Pro Circuit 2021 winter season is upon us. The first of the contest’s two seasons begins this very week, and Valve has announced that it’s given the MOBA game’s in-client watching experience a revamp, with new features added to give fans more ways to keep up with everything going on as the action unfolds.

“In preparation for this season we’ve revamped the in-client watching experience and you’ll find a ton of new ways to watch and follow along with the scene,” the multiplayer game’s developer announces on the Dota 2 blog. Following the changes, you’ll find that the client’s ‘watch’ tab will now include a full schedule for the Circuit and a rundown of team standings as they currently, er, stand. Valve says you’ll “quickly get a snapshot of where things stand, and what games are happening in the moment, and where to watch”.

Plus, the revamp means you can follow your favourite competing teams and keep up with how they’re faring. Additionally, following the studio’s announcement of the Pro Circuit plans back in December, the DPC app has now got an update, letting fans keep up with action via that, too.

In terms of that new content for the Pro Circuit Valve mentioned previously, the studio now explains that fans will be able to purchase “content packages featuring in-game effects, sprays, emotes, loading screens, and (of course) chat-wheel lines” which come straight from the competing teams themselves. These will be available “in the coming weeks”.

You can find Valve’s blog post here if you’re looking for a full rundown of where to tune in to the Pro Circuit winter season outside of the client. Season one runs until February 28 (March 14 for China, including a break in between), with the first Major to follow March 25 – April 4.