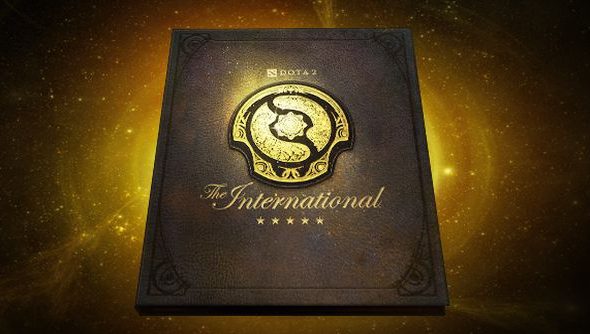 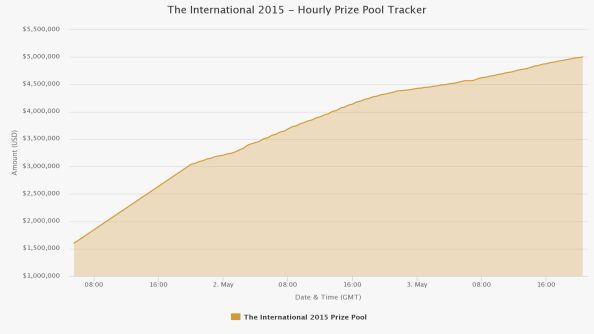 Using Cyborgmatt’s handy prize pool tracker, we can see the monumental progress that the ever growing prize pool has achieved. It’s taken 63 hours for it to break the $5 million dollar mark, and it’s showing no signs of slowing down anytime soon, all thanks to the plethora of stretch goals Valve have implemented to titillate the merciless Dota 2 fans. 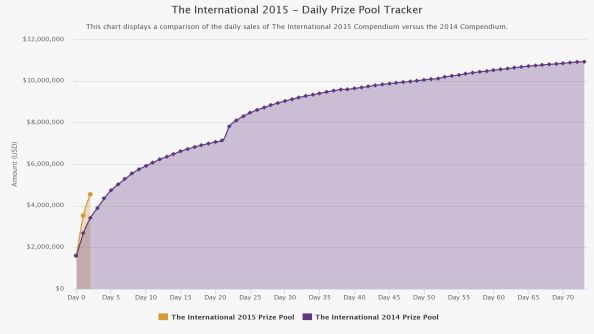 Wow. It’s clear that with the increase in players since the last International, which also gave the game a boat load of exposure, that the money is flowing in faster than ever. To put it into perspective, 48 hours into this year’s International compendium releasing, the prize pool was already at $4,551,752, compared to the previous year’s $3,412,386: a $1,139,366 difference.

Valve have stretch goals going all the way to the $15 million mark, which means they have high hopes on beating last year’s total.

If that sounds bonkers, just listen to this: if that goal were to be reached, and we subtract Valve’s initial $1.6 million investment, it would mean that Valve will have made a gross profit of over $40.2 million dollars via the International Compendium purchases. Remember: only 25% of the proceeds goes to the prize pool, the other 75% is all Valve’s.

And who said eSports wasn’t a big deal?