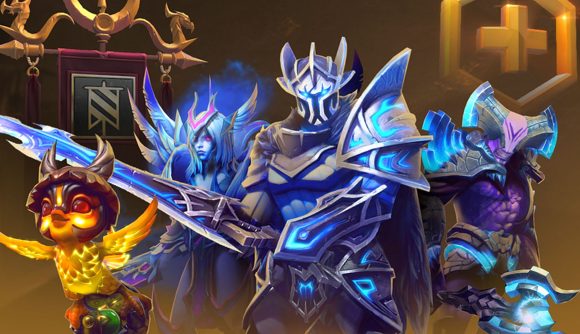 Valve’s flagship MOBA game has just got a whole bunch of updates to one of its perhaps more niche but good fun game modes. The January 8 Dota 2 patch brings a raft of fixes and tweaks to Ability Draft, which sets you up with a random hero plucked from a roster of eligible characters and four abilities picked from a randomised pool, following a Dota 2 “community bug hunt”.

In the list of Ability Draft fixes are a bunch that tie into Aghanim’s Shard ability upgrades. For example, boosted abilities like Fire Spirits, Grave Keeper’s Cloak, Epicenter, Fissure, and Ransack should now work correctly with Shard, and additionally Valve notes that the patch has fixed “various inaccurate Sceptre/Shard markers on draft screen as well as missing or wrong Aghanim’s tooltips”. Plus, giving your teammates Sceptres using the Greevil’s Greed ability will no longer cause an issue in removing your Shard granted ability.

Elsewhere, the patch has a range of varied updates and other fixes to the game mode. For example, melee heroes now gain bonus range from the Take Aim and Shadow realm active abilities, and Spirit Bear is now shown on the screen’s left-side as an owned unit in addition to in the post-game scoreboard.

There are plenty more Ability Draft fixes and tweaks to check out, so we’ve included the Dota 2 January 8 patch notes in full for you below (via Valve):

After all that, if you’re looking for some tips on the best Dota 2 heroes to play, you know where to click.