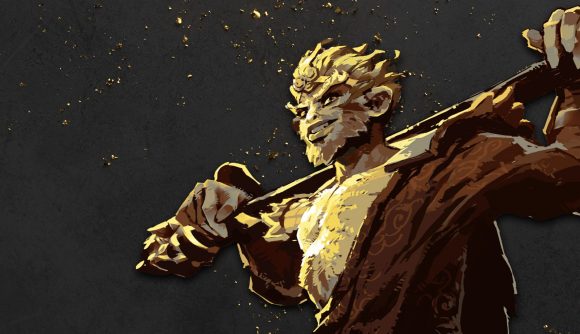 Dota 2 hero Monkey King has plenty of neat tricks up his sleeves, the most entertaining of which is Mischief – the ability to transform into other items and surroundings to deceive his foes. The MOBA game’s latest patch looks to extend and enhance this cheeky ability, which means you could see Monkey King turning into even more random things the next time you play.

As Valve has posted in this week’s patch notes on Steam, Monkey King can now turn into nearby lane or neutral creeps. Essentially this means he has even more options for mischievous plays, with more different kinds of objects to turn into to slip by or surprise opponents, beyond the ability’s existing offerings, like items, trees, and runes. With lane creeps being a common unit and pretty lucrative in terms of gold and experience, it’s easy to see how Monkey King can use this added option to his advantage.

Alongside this change, Valve has introduced a health bar for when he’s getting up to some of his Mischief – that is, for when the hero turns into a courier, Roshan, or creeps. Additionally, the notes explain that, as of the update, “drafting Wukong’s Command grants Mischief (only Monkey King can turn into trees.)”.

Intriguingly, right by these changes is a banana icon which, when clicked, takes you to a big Monkey King wallpaper. The random inclusion of this in the notes begs the question about what it means, exactly. It’s always possible that it could be a sneaky tease for something, though it’s impossible to say or guess any further at this point.

Elsewhere in the post, there are some other changes worth noting. There are several key adjustments to Dota 2’s ability draft, and some tech tweaks, too – for example, the update removes support for the game on 32-bit systems.

Head to the patch post link above if you want to see the full rundown on what’s arrived with the latest patch. If you’re just getting into the game, we have a best Dota 2 heroes for beginners guide which has some handy pointers on who to start with.