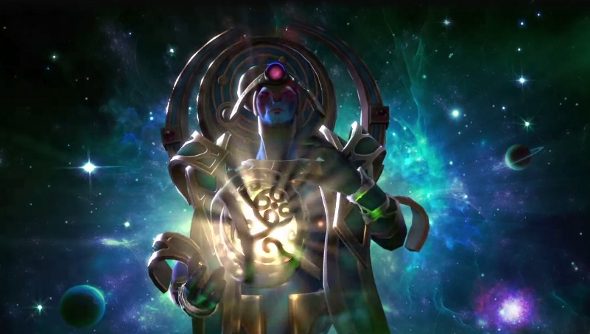 Dota 2’s next big update, Foreseer’s Contract, was fully unveiled today, introducing a new hero, Oracle, to the MOBA’s roster along with the Manifold Paradox arcana item for the Phantom Assassin, which was voted for during the Dota 2 International earlier in the year.

Those are the big additions, but new items, emoticons, awakened Compendium Gems and creep models have also been thrown into the update pile.

The Manifold Paradox is a fancy item for the Phantom Assassin that changes weapons, adds custom spell effects and new animations and even changed the Assassin’s voice.

Take a gander at the next page for the patch notes.