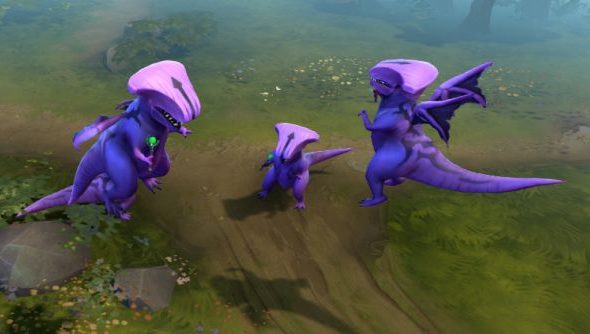 A Dota 2 player and 3D animator, MaxOfS2D, has created a Dota 2 courier from the basis of Valve’s “failed” Faceless Void concept art. Faceless Rex is currently on the Steam Workshop seeking approval from Valve to be sold on the Dota 2 store.

We’ve got a video of the cute bundle of joy below, so you can judge it for yourself.

If you want the possibility of getting your tiny hands on the adorable floating dinosaur, then go vote for it on the Steam Workshop.