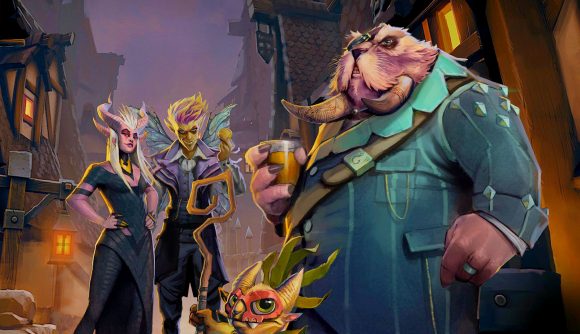 Valve’s latest effort in making videogames again is Dota Underlords, and after an Early Access launch in June 2019, it appears that the autobattler is about to hit version 1.0. The developers have announced that the beta season will officially come to a close soon, as Season 1 is now scheduled to “ship by the end of February.”

Season 1 has always been meant to mark the start of Dota Underlords’ full release, and it will bring a rework for the UI, the teased City Crawl mode, hero and item rotation, and the proper Dota Underlords Battle Pass. That latter item will perhaps be the most notable, as it will actually show us how Underlords is going to be monetised – the Proto Pass only offered a hint of what to expect.

This week’s update brings some balance changes – you can check those out on the official site – and those will continue through release. There’ll be one more major content update before Season 1 as well, which will add “one more Underlord to round the game out.”

Much has been made of Dota Underlords’ player count drop since launch, though it’s worth noting that the game remains well within Steam’s top 100 titles by player count, and has already outlasted Artifact by a substantial margin. Either way, Valve plans to “get the word out to a wider audience” heading into launch.

Check out more free Steam games to fill out your gaming hours.