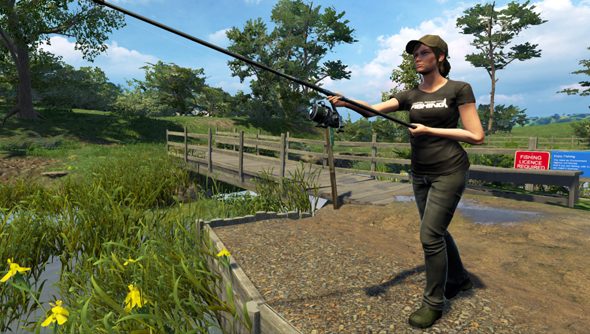 We’re used to hearing developers tout their incredible AI routines – intricate systems designed to mimic the flow of a crowd or the reactions of a disgruntled guard. But there’s no Eagle Vision in Dovetail Games Fishing. By its nature, the angling simulator’s best simulation work is obscured from view – swimming just beneath the surface of its lakes.

“We have an AI system that lives under the water,” explains designer Luke Herbert. “It wants to be 21 degrees, it wants to be fed. No other fishing games do that – they all have a little computer that goes, ‘Oh, there’s fish here’, and all of a sudden a fish comes out of nowhere and takes your bait.”

After nine months in Early Access, Dovetail’s game is starting to resemble real angling. Experts will recognise its UK beauty spots; newcomers might soon be able to pick up enough real technique that they could happily step into a pair of chest waders. 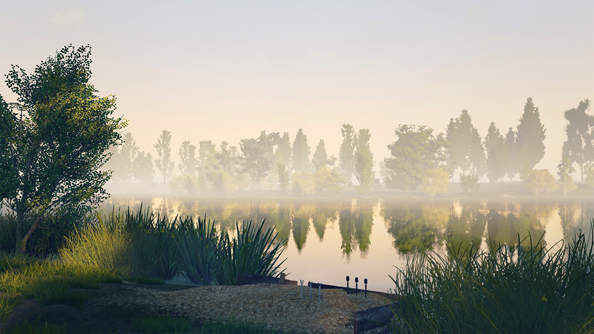 And just as Dovetail Games Fishing is coming along, so too is Unreal Engine 4.

“Before, we had a very ugly looking water system which was like the ground really – you couldn’t see through it,” recalls Herbert. “Whereas now Unreal have updated their engine because we requested for them to change the whole way they do water. We can see through it, and also draw stuff on top of it – like moss and grass coming through.”

The practical upshot is that players can watch the water for signs of that secret simulation at work.

“We guide the player to do this sort of thing – have a look and see if there’s any fish nearby, so you know, ‘I want to be casting my rod there’,” says Herbert. “You look around the lake and you see where the fish are jumping out, where they’re feeding. All real life signs that you look for if you go to a lake.”

Dovetail’s latest lake is St John’s – a real Oxfordshire venue, and the first the developers have signed an agreement to recreate. The team took thousands of reference photos in March, but were told that ideal conditions were in late summer. So the broadly identical body of water now in-game is fringed by long grass, and the light trickling through the greenery is yellow and inviting. Dovetail Games Fishing might be a sim, but it aims to simulate the best day’s fishing you could hope to have. 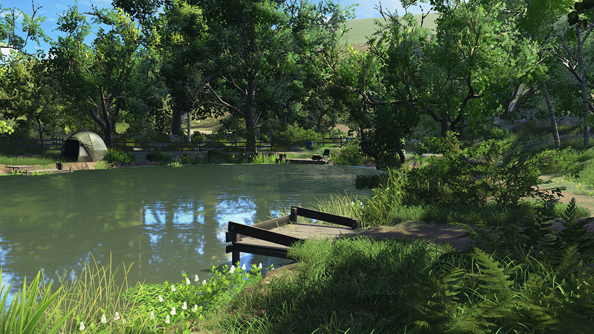 “We’ve been up there a few times,” says brand manager Darren Nokes. “The thing with St John’s in real life is that it’s 18 acres. It’s huge, expansive. And the way UE4’s been developing means we can do bigger venues.”

“There’s a much bigger body of water to be casting out in,” adds Herbert. “You’re thinking, ‘Are there going to be any fish, or will they be out there in the distance?’. So in multiplayer you can talk to people and say, ‘Can you see any fish on the other side?’.”

Multiplayer is new – rolled out in the recent sixth phase of Dovetail’s Early Access plan. The goal is get up to ten anglers strolling and casting around the same lake – currently, the mode supports five.

“It’s working with a chat system and you can see what fish your friends have caught,” expands Herbert. “So you can go, ‘I’ve caught a fish, come over and see what it looks like’. We’re having that whole social side to it.”

For now, fishing with friends is free from rules and restrictions. It’s the perfect environment in which to sit and wait for a whopper, rather than worry about your point total. Once Dovetail are done tweaking, however, they’ll add a competitive structure too. 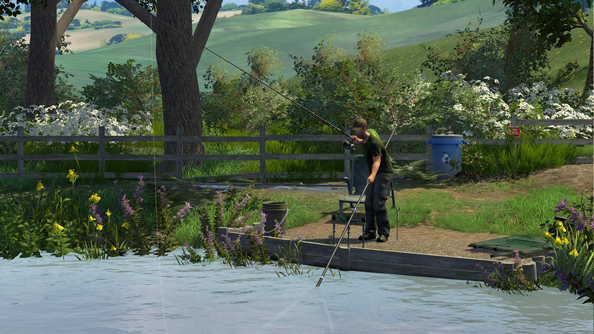 “Now that multiplayer’s in, we’re getting more questions about tournaments,” notes Herbert. “So it seems like that’s the natural trend. And a lot of the feedback is around that sort of thing of, ‘I want to be able to just to go fishing, but I also want that competitive side as well. I don’t want to have to do one and not the other’.”

Whether competitive or meditative, multiplayer is turning out to be the perfect tutorial. Dovetail are working on an in-game Academy that will cover basics like netting and baiting – but players are already mentoring those struggling to catch anything, sharing real life techniques and tactics.

The hope is that Dovetail Games Fishing, with its authenticity and accessibility, might turn the odd Steam sale convert into a Total Carp subscriber.

“What we would love would be someone like yourself maybe going, ‘You know what, I think I’ve learnt a lot through this game. I’d like to go to my local lake and give it a go’.”