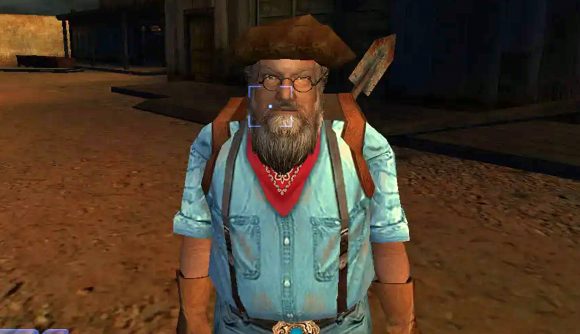 A new Duke Nukem Forever 2001 leak has appeared online, showcasing unrevealed screenshots, details, and even gameplay footage from the unreleased early version of the infamous FPS game – and the leakers promise to release a playable version of the Duke 4 early build and an editor next month.

While Duke Nukem Forever finally released in 2011 after being taken over by Gearbox, it did not face a warm reception. After a protracted development, it still felt rushed, unfinished, outdated, and ill-advisedly chased ‘modern’ FPS trends – like a two-gun limit and a harsh regenerating health bar.

Reportedly, the reason it took so long was that 3D Realms scrapped multiple versions of the game, so it’s understandable that getting hold of one of these early versions has become something of a holy grail for fans – particularly the Unreal engine 1-powered 2001 build, which the E3 trailer was based on. There were hints that the Duke Nukem Forever 2001 build may get officially released, but now some leakers seem to have got hold of it, complete with screenshots and a brief bit of gameplay.

The leakers say that every chapter of the game is present but it is by no means a complete game, although a “huge chunk” is playable. Most weapons work, apart from the chainsaw and freeze-ray – although the shrink ray does, apparently. They claim they will release the build publicly next month, along with the editor.

Fansite Duke4.net has the details, although we should state that this is obviously not an official release and is not endorsed by 3D Realms, Gearbox, or 2K. We have reached out to 3D Realms for comment and will update this post if we hear back.

In more old-school FPS news, someone is making a Doom vs Quake crossover mod.