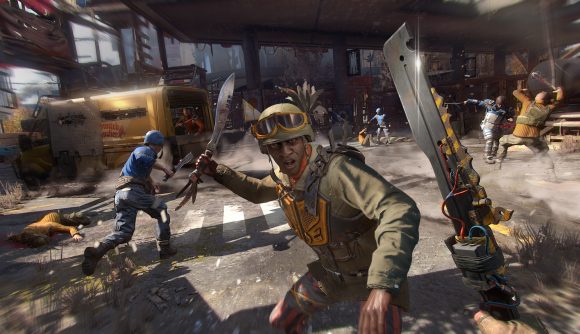 Dying Light 2 was announced nearly four years ago, so what’s another half-decade of development, right? Ahead of the Dying Light 2 release date in February, the devs have already started to tease their post-launch plans, including “at least five years” of support with major new content throughout.

“We guarantee to expand the world of Dying Light 2: Stay Human for at least five years post launch with new stories, locations, in-game events, and all the fun stuff you love,” the devs say in a tweet. The accompanying image also mentions a “world expansion” and “in-game items”, though there’s not yet any indication of how much of that stuff will be free or paid.

While it might seem a bit premature to announce all that support before the game’s even out, the original Dying Light has set a pretty extreme precedent for post-launch support. It’s still getting updates and new in-game events, including multiple major DLC expansions. The Following in particular is well-loved among the game’s community.

A recent devstream shed some, er, light on Dying Light 2 co-op, which will let everyone have a say in how the story plays out.

Want to know what will happen AFTER the premiere? We guarantee to expand the world of Dying Light 2 Stay Human for at least 5 years post launch with new stories, locations, in-game events and all the fun stuff you love!#DyingLight2 #StayHuman pic.twitter.com/SgaNynkrzI

Check out the Dying Light 2 system requirements to see if your PC is up to the task. Maybe you’ll have a new rig in the next five years anyway. For more zombie games to check out in the meantime, you can follow that link.