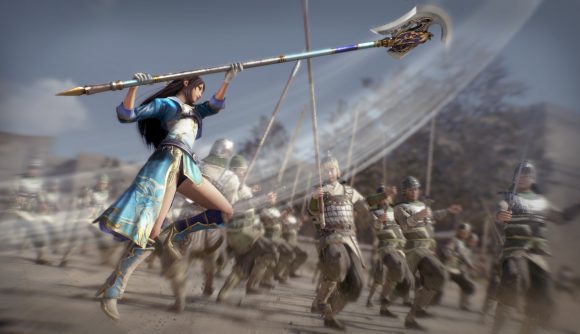 It’s been two years since Dynasty Warriors 9, and while there’s no official word on Dynasty Warriors 10, another sequel is expected in the long-running action-adventure game series. As such, publisher Koei Tecmo has put out a survey for feedback on what players want from the next instalment.

The form asks a number of questions about your gaming habits, ranging from what hardware you’ve access to, to how you like to purchase your games. The first half largely concerns your familiarity with Dynasty Warriors and why you like it, asking what your favourite entry is, where you’d typically get news on the series from, and what information you’d like included in the announcement of a new game.

Then it analyzes spending habits, looking at whether you pre-order, and if so what incentives inform that decision, and the likelihood if you investing in any DLC, and what form you’d like that DLC to take. Then there’s a question on what would make a worthwhile deluxe edition, before getting right down to brass tax by asking if you care for a new Dynasty Warriors, and if not, why.

You’ll get a free wallpaper for answering all 22 questions. Expectation is high that Koei Tecmo and developer Omega Force will reveal something big for Dynasty Warriors this year, as it’s the 20th anniversary of the series in its crowd-slashing form.

While you wait for what’s next in the world of Dynasty Warriors, we have the best anime games, best RPG games, and best multiplayer games to keep you busy.