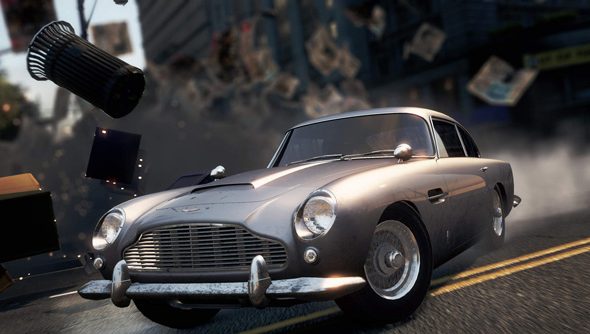 It was with shock this weekend that we learned of the current state of Criterion Games. What we’d thought to be one of the world’s foremost creators of driving games had shrunk to just 17 people while we’d been looking the other way. The vast majority of staff had been shipped to EA Ghost, lead developers on Need for Speed Rivals.

Naturally enough, thoughts leapt down synapses formed through years of games industry cynicism toward publisher interference. But studio director Fiona Sperry told our Julian that the truth is very different.

A core team at the studio had wanted to do something new, and for the past six months Criterion have been doing just that.

“Criterion has always been about doing our own games so it was never the long term plan for us to stay doing Need for Speed,” Sperry told PCGamesN. “Thats not our game.

“We lent some people (artists and engineers primarily) to Ghost as when you’re making something new you don’t need a whole team of people – we didn’t need them, Ghost did – so it all just made sense,” she went on. “Wasn’t something EA ‘asked’ us to do.

So is the new Criterion currently on a hiring spree to bulk up its ranks? Apparently not.

“We love being a small team so we are keen to stay so for as long as possible,” Sperry said. “Our best games and ideas come about when we work this way.”

It’ll be fascinating to see what Criterion do next – they’ve been a racing outfit for as long as anybody can remember, and it’s sort of unfathomable that they’d be doing anything else. Though they did once make Black, of course. What would you like to see the studio steered towards?